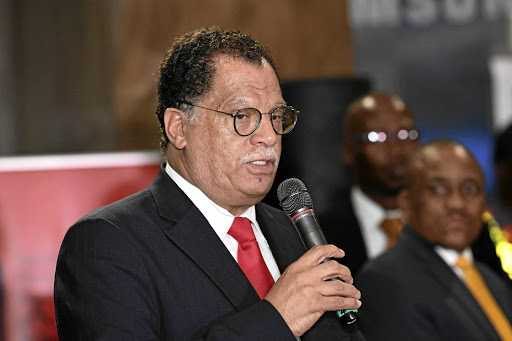 SA Football Association (Safa) president Danny Jordaan has weighed in on the debate that Banyana Banyana should be remunerated the same way as Bafana Bafana.

Banyana will share R2.4m for their efforts in Ghana, where they secured second place and a World Cup spot. Sasol, their sponsor, also confirmed each player will receive R75,000 as well as a R40,000 appearance fee for being the runners-up.

The bone of contention, however, is that Bafana Bafana earn R60,000 for a win and R40,000 for a draw, while Banyana apparently take home R5,000 for a victory and half for a draw.

Jordaan insisted yesterday that it was not a Safa issue, but rather that sponsors are not coming on board to support women's football.

SA Football Association (Safa) president Danny Jordaan has confirmed SA’s interest in hosting the 2023 Women’s World Cup and has revealed that he is ...
Sport
3 years ago

"As a principle, yes (men and women must earn the same).

"But the question is why is it that over a 10-year period was it only Sasol that sponsored women's football? Where is the issue? And it's not just football; go speak to the women cricketers and rugby players, and go speak to other women in sports," said Jordaan after Safa and Turkish clothing brand D'S Damat announced a new partnership at Safa House in Nasrec to sponsor both Bafana and Banyana.

"So I don't think we must focus on Banyana and we must focus broadly on the issue of under-resourced women's sport in the country.

"We want to launch the women's national league (next year) and we are working hard to bring commercial partners to that league."

Jordaan maintained that Safa was playing its part, but that corporates must come on board.