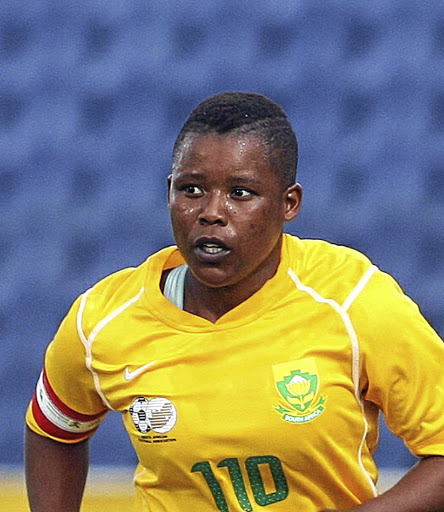 As legendary Banyana Banyana striker Portia Modise prepares to take on her ambassadorial with Fifa, she has vowed to continue addressing the plight of women footballers in SA on her mission at the world body.

The retired 35-year-old is one of the 13 women appointed to be ambassadors for the 2019 Fifa Women's World Cup. She'll also partake in the draw in Paris on Saturday.

For many years now, vocal football activists like Modise have been calling for Banyana players to be paid a fair compensation.

Despite the challenges they face, Banyana recently qualified for the 2019 Women's World Cup in France.

"If it wasn't for us being vocal all these years, nobody was going to know that we are not being treated fairly and being exploited," Modise told Sowetan. "Now we are seeing sponsors and people contributing to Banyana and that is a good thing. Even at Fifa, I will be telling people about the struggles our women go through in our football.

"[My generation], we were not able to qualify for the World Cup, but for these girls what is the excuse? What will the reason be for not paying them as well as the men?"

After reaching the final of African Women's Cup of Nations and subsequently qualifying for the World Cup, each Banyana player has been promised R160,000 for their achievement.

Modise denied that before Banyana's qualification to the World Cup, she had expressed a lack of faith in the team and coach Desiree Ellis.

"I am very proud of what those girls have done and, as everyone can see, the future looks bright. I did not doubt that they could do it, in fact I am their biggest supporter."