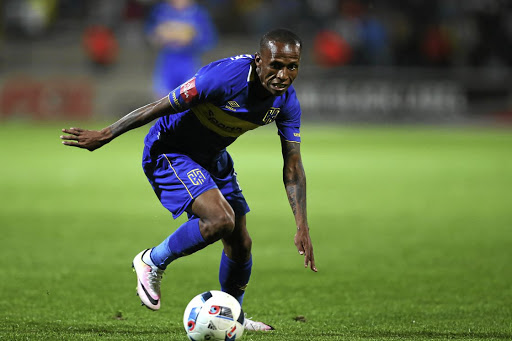 Surprise Amethyst Ralani appreciates the gift of life more than your average footballer.

The reason for this is that the amiable winger nearly didn't even make it into the world.

"My mom had a miscarriage before me, so she had the same complications with me and the doctors told her that I wouldn't make it. When I came out as a healthy baby she gave me the name Surprise."

Despite his auspicious start, the early childhood life that followed wasn't any easy. The Kimberley-born chap grew up in an environment, with his mother Lena, father Solomon and siblings Natalie and Ashwin, where there was little to stimulate a young mind.

"Where I grew up the gangsters were the role models, there was little else that was inspiring."

But true to his name, Ralani overcame and continued to surprise by beating the odds of a difficult background.

While his first name describes his miraculous birth, his other name, Amethyst, represents the undeniable links to his land of birth.

"It was my cousin who gave me the name, but I don't use it a lot because people struggle to pronounce it."

Interestingly, an amethyst is defined as a precious purple coloured gem stone that has some mythology tied to it.

The word means "not drunken" in Greek, based on the ancient belief that possession of the stone would protect the holder from intoxication.

It is fitting that Ralani was born in the Northern Cape town famous for mining precious minerals.

"I was fortunate to play in Europe first before I played in the NFD or Premier League here at home. I was lucky to get scouted while playing at an amateur level."

The 31-year-old is a key puzzle piece in the exciting project under way at Cape Town City after his January move from Helsingborg.

He recently won his first medal when his club grabbed the MTN8 title.

"It was a wonderful experience winning the MTN8. I am hoping for more during my time here," he said.

The gem certainly counts his blessings every day.