Getting all the backing 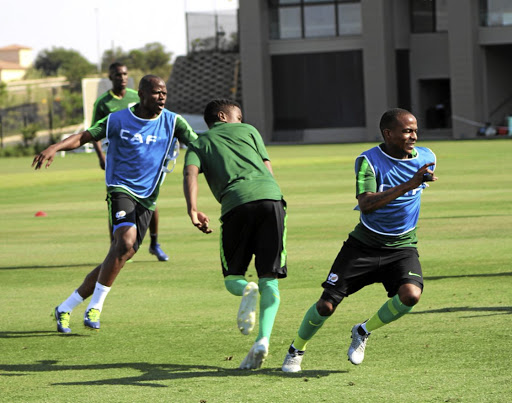 After failing to beat amateur national team Seychelles away last month, there were loud calls for the mentor to be fired.

Bafana have relinquished their top spot in Group E and are now second on eight points, while Nigeria, with nine points, are now leading the race for qualification for in the 2019 Africa Cup of Nations in Cameroon.

Jordaan insisted that the organisation was pleased with the way things have gone under the Brit.

"As you know, international football runs on a four-year cycle. Every player in the squad, you must add four years to their age so that those players are not 40 come 2022," Jordaan said.

"Ultimately, it's the decision of the coach [about who to call up] because he knows challenges of going into qualification for next World Cup. We are comfortable and we can see the emergence of bright young talent in our team."

With SA set to face Nigeria at FNB Stadium on Saturday (3pm), another negative result will add to more calls for Baxter to be dismissed.

But the coach feels Bafana have enough ammunition to overcome the Super Eagles.

Bafana Bafana coach Stuart Baxter says he holds no fear over facing Nigeria as the countdown to the 2019 African Nations Cup showdown against the ...
Sport
3 years ago

"We respect Nigeria but don't fear them. Everybody knows the list of injuries we have had and what I said in the first press conference," Baxter said.

"We still have enough talent and desire to be confident when we run out against them (Nigeria)."

Goalkeeper Ronwen Williams has a knee strain while returnee Thulani Serero should be fit for the match despite having a laceration on his ankle. Serero sat out Vitesse's match in Holland at the weekend.

Belgium-based Percy Tau was one of the first overseas-based contingent to report for camp. Bafana held their first training session yesterday afternoon at Steyn City in Johannesburg.

They will face a Nigeria side who will be without Odion Ighalo, their in-form striker who scored five goals in the two games against Libya last month.