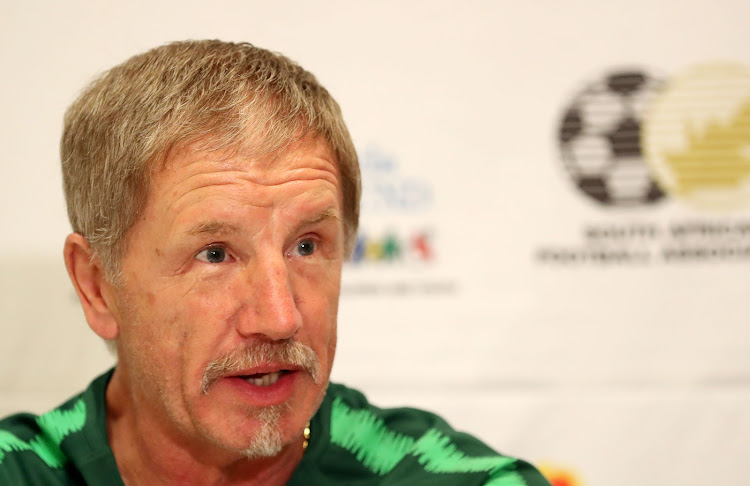 Bafana Bafana coach Stuart Baxter says he holds no fear over facing Nigeria as the countdown to the 2019 Africa Cup of Nations (Afcon) showdown against the West Africans at FNB Stadium on Saturday continues.

The Briton said he expects the visitors to have vengeance on their minds when they arrive in Johannesburg this week after unexpectedly going down 2-0 to Bafana at home in Uyo in his maiden match in his second stint at the helm as coach in June last year.

‘‘We do have Nigeria first‚ in the small matter of an African Nations Cup qualifier‚” the Briton said on Monday.

‘‘Everybody knows the list of injuries that we have had.

‘‘Everybody knows what I said in the first press conference (a week ago) that despite that (the injuries) I want to speak about the players that we do have because even though we respect Nigeria we do not fear them.

‘‘I think we have still enough talent‚ enough desire and if we can structure a game plan in the next three or four days‚ I think by the time we run out onto the FNB Stadium we would be confident‚ we would not be complacent‚ because Nigeria have just come from a (2018) World Cup (in Russia).

‘‘They are undefeated since we beat them the last time (in the first qualifier in June last year) and they will certainly want to wreak their revenge.

‘‘So‚ we will be ready and I still believe that we have a very good chance of getting the result that we need.”

‘‘The ultrasound did not find any tears but it will take him (Williams) I think 24 to 48 hours for it (slight knee strain) to settle‚” he said.

‘‘So he won’t be training with us for the 48 hours and we hope it (the injury) will settle. So that is a little bit of a scare but we will not call in a third keeper and we will keep Ronwen because I think he will be okay.

‘‘The second one is Thulani Serero. We did not receive anything from the club about Thulani but through media reports in Holland.

‘‘They said he had an ankle injury. We knew he was on the plane but we did not know anything about the injury.

‘‘So we held or breaths a little bit.

‘‘We did after that get a doctor’s report from Holland. So those two are not okay (on Monday) but they should be okay in the next 24 to 48 hours.”

Bafana have a tough schedule in the coming days as after hosting the Nigerians in Johannesburg on Saturday‚ they will then travel to Durban’s Moses Mabhida Stadium to welcome Paraguay in the Nelson Mandela Challenge on Tuesday.