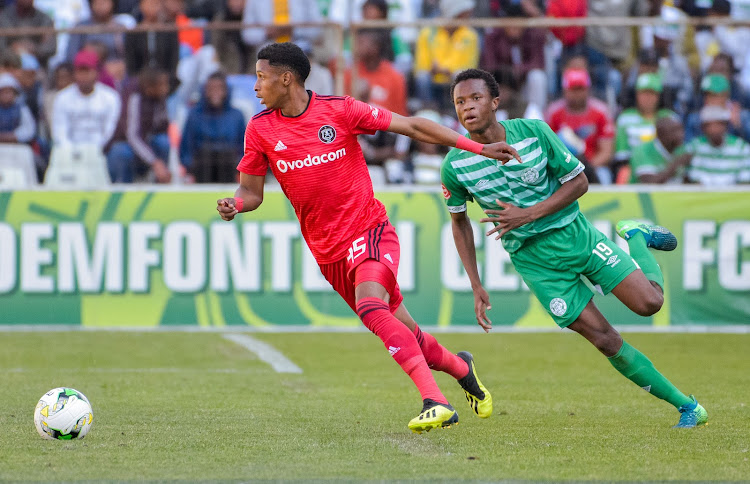 Orlando Pirates’ in-form winger Vincent Pule will undergo a late fitness test to see if he is fit to turn out in the Buccaneers’ Absa Premiership matchup against SuperSport United at Orlando Stadium on Saturday (kickoff 8.15pm).

After a tough August – where Pirates lost twice and drew once in their first five league matches‚ and were eliminated from MTN8 in the quarterfinals by SuperSport‚ Bucs will be looking to build on their final result of the month – their 2-1 league win against Black Leopards at Old Peter Mokaba Stadium.

However the Buccaneers had mixed injury news ahead of a big clash against Matsatsantsa.

Pule will undergo a late fitness test for a slight muscle strain he returned with from his starting role for Bafana Bafana in their 0-0 2019 Africa Cup of Nations (Afcon) qualifying draw against Libya in Durban on Saturday.

Zambia international forward Augustine Mulenga has been cleared to play‚ Pirates said on their website on Friday.

“Vincent Pule is due to undergo a late fitness test ahead of the Absa Premiership clash against SuperSport United on Saturday‚” Bucs stated.

“The Bucs medical team have described his injury as ‘not serious’ however‚ they still need to assess the 26-year old before clearing him to play against Matsatsantsa.

“Meanwhile‚ Zambian international Augustine Mulenga has been given the green light and is available for selection.

“Mulenga returns to full fitness ahead of the clash ironically against the same United side he last played against. The 28-year old has been out of action since injuring his ankle in Pirates’ penalty defeat to United in the MTN8 last month.”

SuperSport drew 2-2 against Pirates in their MTN8 quarter‚ then won 4-3 on penalties.

Pirates will be aiming for to even the scores from that result‚ and establish a greater consistency as they enter September after an erratic start to 2018-19 in August.