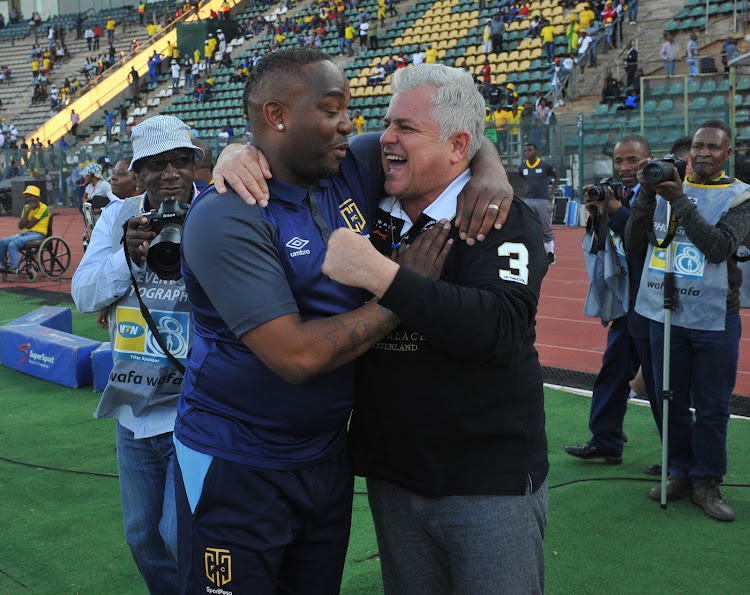 Benni McCarthy says his Cape Town City players are like hungry lions preying on a wounded animal as they prepare to host Kaizer Chefs in their Absa Premiership clash at the Cape Town Stadium on Saturday.

Chiefs are winless in their opening five league matches‚ the worst start to a league season in the club’s history‚ and former Orlando Pirates striker McCarthy is eager to pile on the misery.

“We have 11 hungry lions that want to eat and there is a wounded animal on the other side‚” McCarthy said on Thursday.

“We back ourselves‚ we respect them for what they have done in the past. But they have 11 players and so do we.

“Chiefs is always one of the biggest teams in our Absa Premiership‚ whether they have good or bad moments. They have the majority of fans.

“We like to say we are the Davids [versus Goliath] when we go up against Orlando Pirates‚ Chiefs and Mamelodi Sundowns. But people don’t look at us anymore as the David‚ we are giant-slayers.”

McCarthy acknowledged that all the pressure will be on Chiefs and their Italian coach Giovanni Solinas‚ saying he is fortunate to work in a anxiety-free environment at City.

“I know the game from a football perspective‚ I have gone and studied and that has helped my when understand that you face a lot of things being in charge of the team.

“It is about the environment that you are in. I can just do my job and that is to coach players.

"I don’t have a chairman that is constantly … when you speak to other colleagues in this league‚ you find that they are 24/7 under pressure to deliver.

“I have the luxury of not having to worry that I didn’t win this weekend and think‚ ‘I have two games to save my a**’ or something like that. I am fortunate in that department‚ it allows you just to work and focus 100 percent on the players.”

City’s fanbase has been growing steadily in the Mother City and McCarthy believes it is in part because of the brand of football the team plays.

“We are trying to grow and build a team. People come because of the football they see‚ they know we can play.”

He is aware that his team has been too wasteful in front of goal this season though and that is one area they will look to improve on Saturday.

"When we win games we can turn Kaizer Chiefs and Orlando Pirates fans into Cape Town City fans because of the style of play we have.

“We are good at playing from the back‚ keeping calm‚ keeping our composure. We do it every day [in training] until we get better and perfect it.

“Now we have mastered that‚ we need to move a little bit forward where we have to finish off teams. Finish what we start with the good build-up.”