City get another shot at title as Sundowns fall 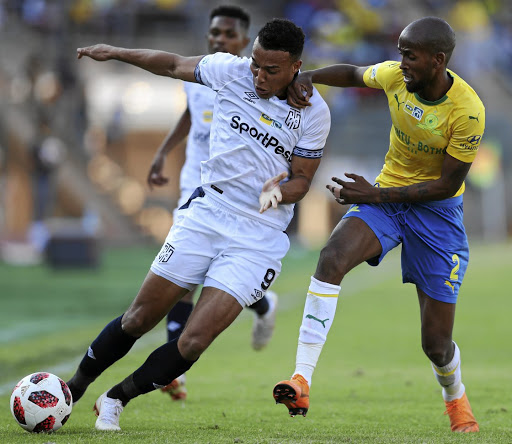 The last time Mamelodi Sundowns won the MTN8 was 11 years ago and their long wait continues after they were beaten 4-2 on penalties by Cape Town City here yesterday.

The Brazilians won 1-0 on the day courtesy of a Toni Silva strike and since City had won 1-0 in their own back yard, the score was 1-1 on aggregate.

City's goalkeeper Peter Leeuwenburgh emerged the hero in the spot-kicks with saves to deny Silva and Anthony Laffor.

Nana Akosah-Bempah, Teko Modise, Matthew Rusike and Taariq Fielies netted from the spot for City to set up a repeat of last year's decider against SuperSport United.

Sundowns faced their own challenges coming into the match following their failure to score in four straight matches. The last time they had failed to score for four matches in a row was in 2012 under Johan Neeskens before Pitso Mosimane took charge.

But they didn't have to wait too long to get the monkey off their back with Silva netting to give them the lead in the 25th minute.

City had been sitting back at this stage, but were forced to come out and search for an away goal that could have been vital.

One of City's best attackers Craig Martin was kept quiet until the 33rd minute, but he caught the Sundowns defence by surprise when he launched an attack and got around a couple of players to test Denis Onyango, who pulled off a great save at full stretch.

The second half saw City staging a fightback.

In this half, there were very few chances from both ends despite both teams making changes.

The end result was the teams needing penalties to decide the winner and City were clinical, while Sundowns faltered.

The final will be played on September 29 at a venue still to be decided. SuperSport will be the home side after the draw that was conducted after the match.