Tembo has 'nothing to prove' after final 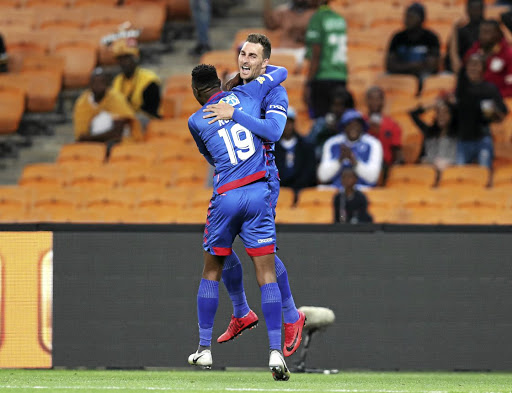 SuperSport United coach Kaitano Tembo has emphasised that winning the MTN8, just over a month after penning a two-year deal would not be about proving to the Matsatsantsa management that they should have given him a chance earlier.

Tembo, 48, was appointed as SuperSport head coach on a permanent basis after having served as the outfit's interim mentor for nearly six months after the departure of Eric Tinkler.

SuperSport are on course to defend their MTN8 title after knocking Kaizer Chiefs out of the competition at the weekend, thanks to striker Bradley Grobler's three goals over two legs. Matsatsatsa face Cape Town City on September 29.

"Winning the MTN8 would mean a lot to the team. For me it wouldn't be about proving anything to anybody. It is not about me at all. What is important is what we achieve as a collective. I am leading the team but I am not working alone," he said.

Having returned from a long-term injury that saw him play only 12 matches across all competitions last season, Grobler is already validating why Matsatsantsa struggled in his absence last term. "We missed him [Grobler] a lot. He's one player who can hold the ball and find spaces."

The SuperSport mentor was surprised by Chiefs' approach of using two holding midfielders in Willard Katsande and Wiseman Meyiwa. "I was surprised that they deployed a defensive approach. I knew that they wanted to protect their two-goal advantage and that they did not want us to score,'' noted Tembo.