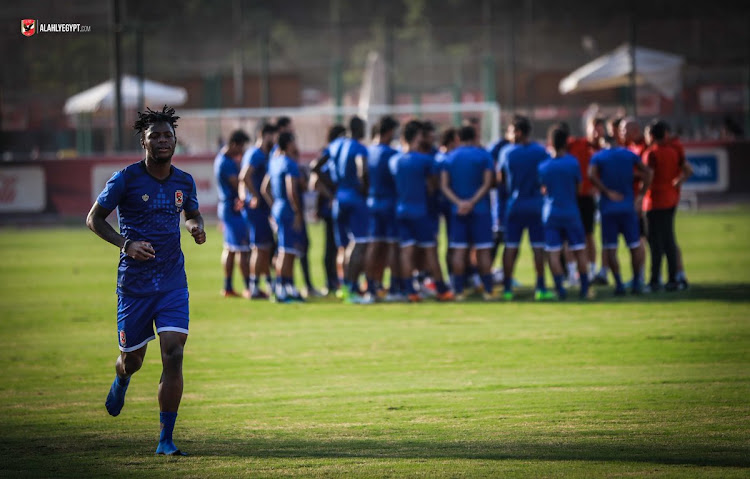 Mamelodi Sundowns have announced the signing of Phakamani Mahlambi from Al Ahly on the final night of the Premier Soccer League transfer window.

As the window counted down to its close at midnight on Friday‚ Downs made one more coup signing‚ making the announcement of the acquisition of former the Bidvest Wits speedster and teen prodigy‚ Bafana Bafana international Mahlambi.

That would mean Ahly‚ who bought Mahlambi for a reported €1.3-million (R21.5m)‚ could have lost up as much as R8m on the deal.

Mahlambi was quoted as saying in a Tweet by Downs: "I have signed a 5 year deal & I plan to make them count!"

Mahlambi (20) had been training alone having requested a transfer‚ citing lack of game time‚ from Egyptian giants Ahly. This despite Ahly having stated their intention to keep the forward based on injuries they have received recently.

He had struggled for game time in his lone season in Cairo since his signing from Wits in September last year‚ with 12 league games and one goal for Ahly in 2017-18.

South African Football Association (Safa) School of Excellence product Mahlambi's record was far better for Wits. Having burst onto the scene as an 18-year-old in 2015-16‚ he scored 10 goals in 27 Premier Soccer League games over two injury-ravaged seasons.

Mahlambi is apparently available for Sundowns' MTN8 semifinal second leg against Cape Town City on Sunday in Atteridegville‚ though is not expected to play over match fitness issues.