Players are killing our game by feigning injury 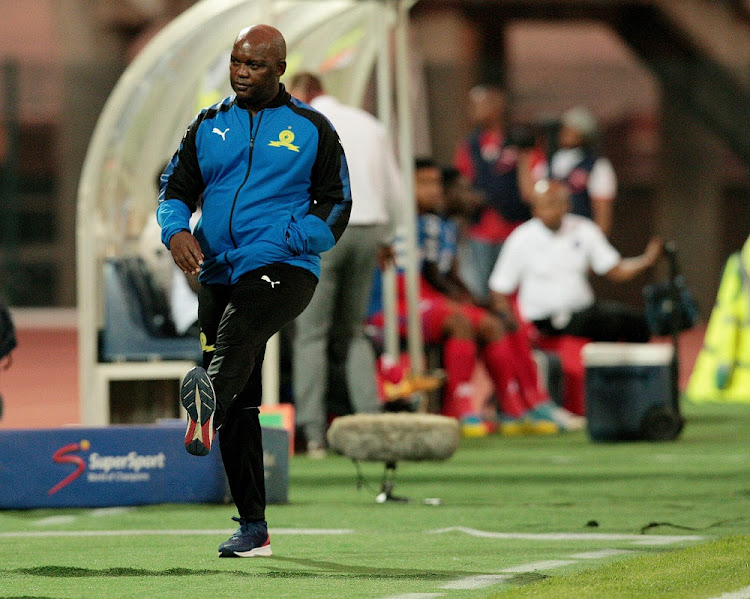 In football, one of the most disappointing things is watching players fake injury to waste time. It's something that Mamelodi Sundowns coach Pitso Mosimane and many others have touched on, specifically in African football.

Sundowns were knocked out of the CAF Champions League this week after a goalless draw in their backyard against Horoya from Guinea.

With Horoya holding out for a draw to progress to the quarterfinals, they wound down the clock with the all too familiar time-wasting tricks.

Suddenly, you have players falling all over the place, leading to Mosimane saying that perhaps Sundowns were supposed to do the same in Conakry, when they visited Horoya and drew 2-2 about four months ago.

Sundowns were leading 2-1 with about six minutes to go and could have simply faked injuries, but falling on the ground like flies and pretending to be injured is not "fair play" according to Mosimane. Of course, he's right.

"We could have killed that five minutes in Horoya with [goalkeeper] Denis Onyango going down. probably when we do the same thing, you guys [football followers] must bear with us that we cannot suffer like this," said the former Bafana Bafana mentor.

But, for the sake of football on the continent, we all have to realise that this takes us a few steps backwards. It's definitely not in the spirit of fair play.

The problem is that match officials are forced to stop the game when the "actors" go down, because they wouldn't know if they were genuinely injured unless they are checked by the medics.

Boo boys must tone down abuse at games

The embarrassing meltdown by the Pirates forward Thamsanqa Gabuza was something I've never witnessed before in the beautiful game.
Lifestyle
3 years ago

Referees, however, should ensure that the minutes being wasted while attending to the "injured" players are all added onto optional time.

It beats the mind when the injured player is attended to for seven minutes, for argument's sake, but only three minutes are added as optional time.

In my opinion, this is handing over of power to the cheats, because they will have no problem repeating the same thing week in and week out knowing they get away with it anyway.

However, I'm not just pointing this out simply because a South African side was knocked out of the tournament.

We witnessed the same in the match between Kaizer Chiefs and Bloem Celtic at FNB Stadium this week.

Personally, I have huge respect for goalkeeper Patrick Tignyemb, who was making his 300th appearance for Celtic, but I was disappointed to see him dropping to the ground like he had been shot, with the score at 2-2.

That gives this game a bad name.

Like Mosimane added, this rarely happens in Europe, but in Africa it's a common sight. Let's rid the game of this madness sooner rather than later.

Orlando Pirates striker Thamsanqa Gabuza caused a stir this week when he lost his cool.
Opinion
3 years ago
Next Article