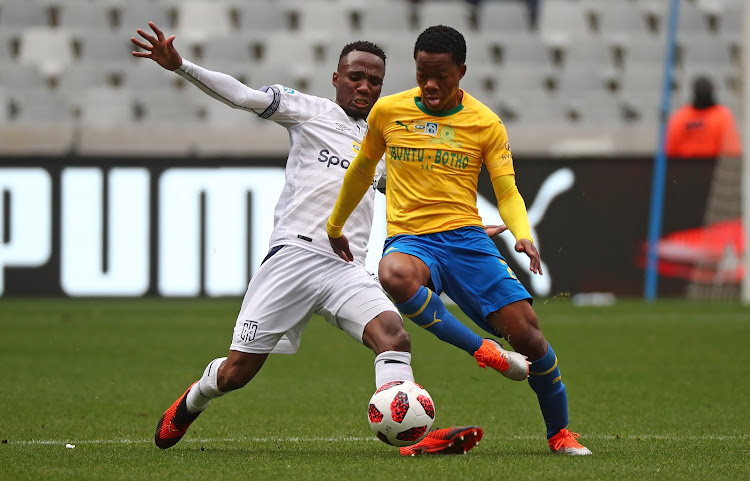 Taariq Fielies scored the only goal as Cape Town City defeated a much-changed Mamelodi Sundowns side to take the early advantage in their MTN8 semifinal first leg encounter at a wet and cold Cape Town Stadium on Saturday.

It was a game of few clear-cut opportunities but the best fell to the home side, who were good value for the win as they seek to repeat their final appearance in this competition last season.

Sundowns coach Pitso Mosimane made nine changes to his side from the team that was held to a 0-0 draw by Highlands Park in midweek, resting a number of his top stars ahead of the must-win African Champions League encounter with Guinea side Horoya on Tuesday.

Only right-back Anele Ngcongca striker Jose Ali Meza were retained, while there was a first start for Guinea-Bissau international Toni Silva and young midfielder Sphelele Mkhulise.

Lucky Mohomi also made a first start for the club in 15 months, while on the City side former Sundowns stalwart Teko Modise began a game for the first time since the opening day of the season.

Anthony Laffor had the ball in the back of the net on 26 minutes but the goal was ruled out for offside. Sundowns’ Lebohang Maboe fired over from the edge of the box after a well-worked corner routine and at the other end Fielies failed to get on the end of an excellent Ayanda Patosi set-piece.

City were inches from taking the lead early in the second period when great persistence from Thabo Nodada set up a chance for Craig Martin, whose backheeled effort dribbled the wrong side of the post.

Home captain Thami Mkhize put an inviting ball across the Sundowns box that was missed by three teammates in the middle, before City did take the lead. Patosi’s corner was headed across goal at the back post by Matthew Rusike and Fielies had plenty of time to crash the ball home.

Patosi was then denied a brilliant stop from Mweene as City threatened a second, while Ngcongca hit the bar with a header, but City will take their single goal advantage to the Lucas Moripe Stadium next Sunday.