Highlands bank on their two-week rest 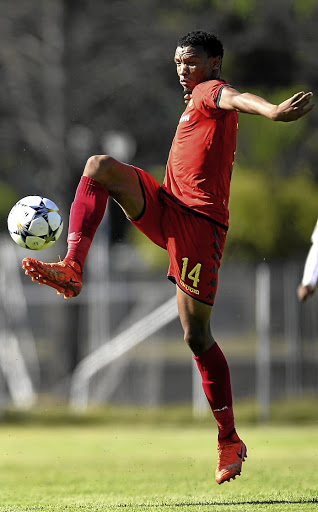 After waiting almost two weeks for their third Absa Premiership match of the season, Highlands Park midfielder Mothobi Mvala, 24, feels the break was what they needed to have proper preparations for Wednesday's clash against Mamelodi Sundowns at Loftus Versfeld (7.30pm).

Highlands last played on August 9, where they surrendered two goals in a 2-2 stalemate against Black Leopards, who snatched the equaliser in the last seconds of the referee's optional time.

"The inaction has helped us to analyse our mistakes. We have done a lot of introspection, especially after that draw against Leopards.

"We had enough time to get ready for Sundowns game. You need time to prepare for such matches and fortunately we had that," Mvala said.

The tough-tackling midfielder has a strong feeling that the Lions of the North can cause an upset tomorrow. Mvala reiterated there's no team that's unbeatable in football, saying it's all about believing and giving your utmost best on the field.

"I am optimistic that we can beat Sundowns. They have quality players but it is 11 versus 11 human beings [on the field].

"What we have to do is to believe in ourselves and deliver on the field. They are beatable after all," Mvala noted.

The Brazilians are still reeling from their 1-0 defeat to Moroccan giants Wydad Casablanca in the CAF Champions League Group C match last Friday.

While Mvala expects the Tshwane-based outfit to throw everything at them, he has promised that they will not sit back. "They are the Premiership champions and we are the NFD champions, so the match is also about the bragging rights," Mvala said.