There is no crisis at Orlando Pirates‚ says coach Milutin Sredojevic 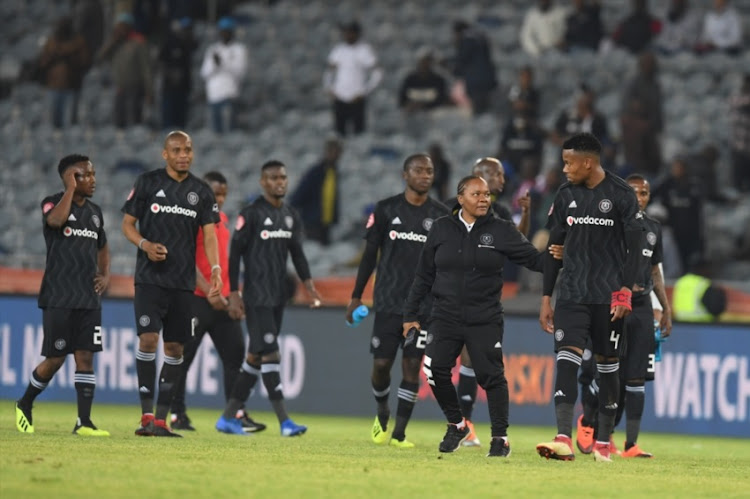 Improving their entrances into the opposition area is the key aspect keeping Orlando Pirates’s potentially powerful engine from turning over smoothly at the start of the 2018-19 season‚ Bucs coach Milutin Sredojevic has said.

Again on Wednesday night‚ as Pirates lost 1-0 against Bidvest Wits in the Absa Premiership at Orlando Stadium‚ Bucs could justifiably claim to have dominated possession and territory.

Again they could not quite profess to have created enough clearcut chances from that domination to have justified saying they had been denied a victory.

Sredojevic said Pirates are in a process.

“In football there are two [possible] crises. A crisis of performance and a crisis of the result‚” the coach said.

“When you have a crisis of the performance and the result then it is a disaster.

"But when you have a season in front of you‚ losing today accidentally [because of a deflected own goal by Gladwin Shotolo]‚ this is a slight setback.

“However‚ we do not at all have a crisis of performance.

"We believe we have dominated all the matches we have played.

“Building a house you cannot at the same moment put the foundation‚ the first floor‚ and immediately the roof.

“There are areas of the game where we are satisfied.

"Where we are not is that we are lacking the amount of entrances [into the area]‚ whether it is side attack‚ beating offside‚ from set pieces.

“All these we are working on and we believe‚ with the players we have and work we are doing‚ we will very soon fix these and then we shall have the complete product.

“Until now‚ we have half a product. We dominate‚ but that domination does not bring the results.”

The machine assembled by Sredojevic is meant to be tuned into efficiency by the brains in his technical staff‚ including assistant Rhulani Mokwena and bolstered by new goalkeeper-coach Andrew Sparkes‚ head of performance Franck Plaine‚ finishing coach Stephane Adam and analyst Darian Wilken.

Given Bucs’ strong second half of last season to finish runners-up‚ and some strong signings‚ it all was expected to run like a Swiss watch this campaign.

Swiss watches‚ though‚ are intricate devices and when one part is not functioning the whole operation can collapse. Perhaps Pirates‚ who have come out striving for a sophisticated brand‚ just need to investigate a gameplan slightly more grounded in the basics.

Against Wits‚ a three-man frontline in a 4-3-3 of Augustine Mulenga‚ Justin Shonga and Vincent Pule looked potentially devastating‚ but they lacked support from a slow midfield of Ben Motshwari‚ Xola Mlambo and Musa Nyatama.

Full-backs Diamond Thopola and Innocent Maela did not get forward enough‚ especially in a system where they had three central midfielders to cover when they did overlap.

Pirates have shown flashes of brilliance in all four of their results so far‚ from the opening 1-1 home league draw against Highlands Park‚ 10-man 1-0 away win against Chippa United‚ penalties MTN8 quarterfinal defeat against SuperSport‚ and now defeat against Wits.

Bucs were at their best in the second half of last season when they became aggressive imposing themselves in matches‚ with the fullbacks pressing the high line‚ sometimes together.

But perhaps the question also could be asked if Sredojevic is over-sophisticating Bucs a little‚ as perhaps he was in the first half of last season‚ when a more direct‚ aggressive approach might yield the results needed to get the season on track.