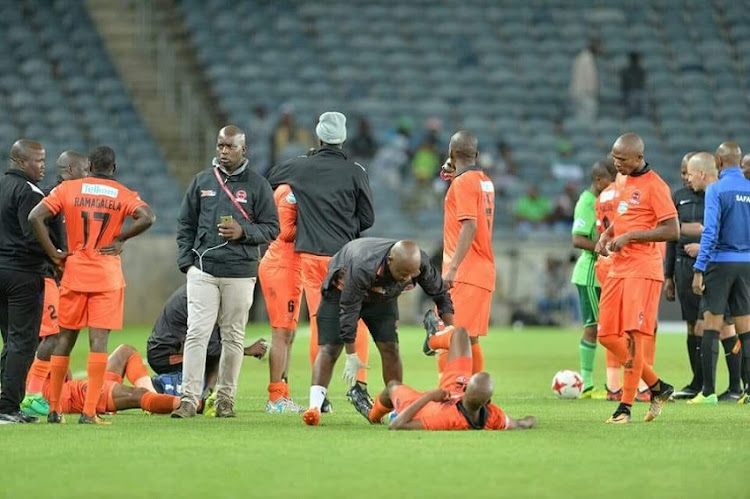 Official club Twitter accounts aren’t usually the best sources of entertainment on social media but there are a few Absa Premiership sides that seem to be getting it right.

Polokwane City are one of the most entertaining sides on Twitter and they are using banter to actively engage fans on the platform in the same way that Cape Town City‚ Ajax Cape Town and Golden Arrows‚ among others‚ have managed in recent months.

City spokesman Vusi Ntimane is the man behind the Limpopo side's Twitter account and he said turning the club's handle into the talk of the town began with a meeting with his boss Johnny Mogaladi.

"When I started at Polokwane City last season‚ I had a meeting with the club's chairman (Mogaladi) and he told me to start building the brand slowly‚" Ntimane said.

"I told him the only way to do it these days (was through social media) and it could not be (done just by) visiting branches and schools. No.

"I said to him there's a new trend and it is to use social media just (as they do at) overseas teams like AS Roma‚ Bayern Leverkusen and Bayern Munich.

"They are all using twitter to interact and attract supporters."

Ntimane said he learned a lot from watching the way former Kaizer Chiefs public relations officer Louis Tshakoane and his Mamelodi Sundowns counterpart Alex Shakoane interacted with the supporters a few years ago.

"The likes of Louis Tshakoane and Alex "Mr Goldfingers" Shakoane‚ when they were the PROs of the two clubs‚ they used to communicate with the fans via television and radio.

"Now I am doing the same thing via social media.

"If you saw after we beat Baroka on Saturday‚ the people who were leading the songs (at the stadium) were Sundowns fans but they are wearing Polokwane City t-shirt.

"They were saying they are taking this brand forward."

City have 80 000 followers on Twitter and they are well aware that they are still a long way from catching up with their more popular rivals (Chiefs have 1‚38-million followers‚ Pirates have 1‚2-million and Sundowns 463 000) in the league.

But they are continuing to chip away and they hope to attract more followers in the coming months.

"The are times when Chiefs‚ Pirates and Sundowns supporters wake me up at night with (messages) asking why I am not tweeting‚" Ntimane said.

"They even suggest things that I should say."

City recorded their first win of the season when they beat Baroka FC 2-0 at the Peter Mokaba Stadium on Saturday afternoon.