Winless Chiefs fight back to draw with Baroka 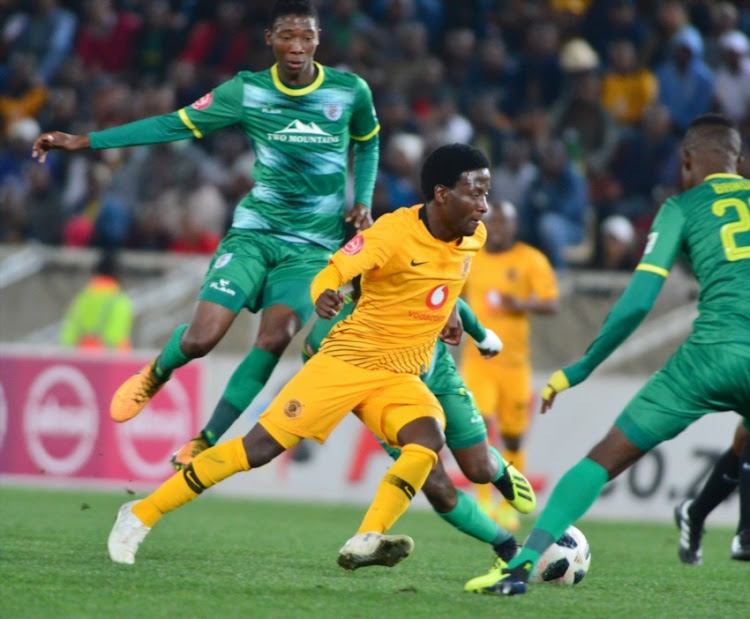 Kaizer Chiefs coach Giovanni Solinas will argue that his new dawn at Naturena is experiencing teething problems, but the harsh reality is that they are sitting fourth from the bottom on the standings after three Absa Premiership starts.

It is still early in the season and there is a possibility of improvements in the coming months but as a result of this lively 1-1 draw with Baroka FC at the Peter Mokaba Stadium on Tuesday night, they have accumulated only two points from a possible nine.

They trail early pacesetters Bidvest Wits and Bloemfontein Celtic, who have pocketed six points from their opening two matches, and it does not get any easier for them in the next league match on Friday where they visit struggling Maritzburg United.

Maritzburg have lost their opening league matches and they will fancy their chances of registering their first three points of the campaign against this Chiefs side that is clearly a work in progress under Solinas whose arrival at the club was met with mixed reactions.

For Baroka, they have moved one place to sixth on the standings as a result this draw with four points and they will be looking for their second win of the season when they take on rivals Polokwane City in the Limpopo derby on Saturday.

The opening goal arrived in the 35th minute when Chiefs defender Daniel Cardoso was beaten by the bounce of the ball before heading it into his own net beating his goalkeeper Itumeleng Khune who moved out of his line in an attempt to help him clear the danger.

Amakhosi puled one back through Siphiwe Tshabalala’s well-taken free kick from the edge of the box that got the better of the Baroka defensive wall and goalkeeper Ayanda Dlamini who disparately got his hands on the ball before it crossed the line two minutes before the half time break.

In the opening half, both teams had a few other chances and the notable for Baroka was midfielder Mduduzi Mdantsane whose shot went agonizingly close of the upright after eleven minutes with Khune to beat.

Leonardo Castro’s close range header from a corner kick that was taken by Khama Billiat bounced off defender Hassan Banda for safety who saved the blushes of his goalkeeper Dlamini who completely missed the ball.

Two minutes after the break, Baroka missed a golden opportunity of reestablishing the lead when Mpho Kgaswane was denied the upright after he received a cross from the left flank by Talent Chawaphwa while Chiefs also threatened on a few occasions but they could not find the winner.