Baroka and City fight it out for derby bragging rights 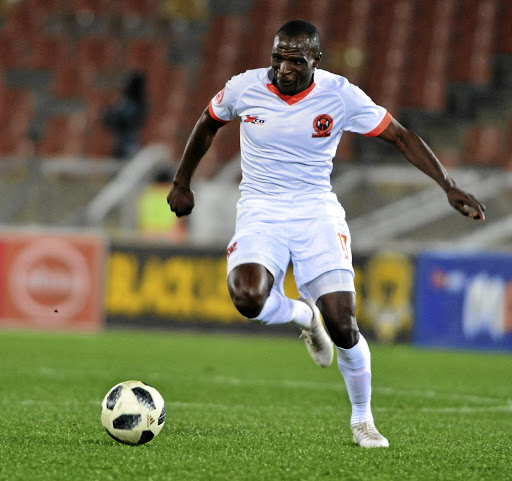 Talent Chawapiwa of Baroka and Rodney Ramagalela of Polokwane City are expected to play vital roles for their teams when they meet in the derby tomorrow.
Image: BackpagePix

Polokwane City will be looking for their first win ever over Baroka when the two sides meet at Peter Mokaba Stadium tomorrow [3pm].

Rise and Shine have met Bakgaga on five previous occasions. Baroka have one win, which was in the Nedbank Cup two years ago, and there have been four draws between the two sides.

Not only does history count in Baroka's favour, but City are also on the back-foot in the league with two losses from their two league games.

Baroka, on the other hand, have collected four points from their three matches, but captain Letladi Madubanya has warned his side not to underestimate City.

"Psychologically, I think they are [pumped up]. They have not beaten Baroka and they lost the other derby to Black Leopards [1-0], so they really wouldn't want to be the whipping boys [of Limpopo]. So I'm sure they are ready," Madubanya told the media at yesterday's joint press conference in Polokwane.

"But I think we've got a very good chance [to win]. We just need to go to this game and give it our all," he said.

Meanwhile, City captain Jabu Maluleke acknowledged that they've had a poor start, but can redeem themselves in the Limpopo derby. "Coming into this game we have to put in the effort and start winning.

"For us a win will mean a lot because we haven't been winning this season. If we can win this one, we break the hoodoo," Maluleke said.

The midfielder added that it's vital that City stick together in trying times and find a way to get results. "It's too early to point fingers at each other ... football is a funny game because tomorrow you may find yourself winning games. I don't think there's pressure on us," Maluleke concluded.