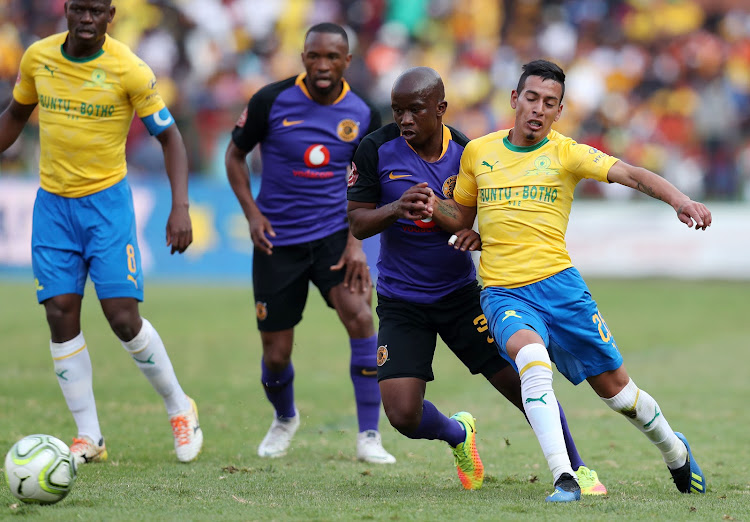 Absa Premiership champions Mamelodi Sundowns began of their title defence with a 1-1 draw against Kaizer Chiefs at Loftus Versfeld Stadium on Saturday afternoon.

In front of a bouncing capacity Pretoria crowd, the Brazilians and Amakhosi dished out a lukewarm encounter that could have left attacking football aficionados disappointed.

Besides the first half two goals by defenders Ramahlwe Mphahlele and Ricardo Nascimento, there was nothing much to enthuse about as they failed to move into top gear and entertain the masses who packed this venue for the season opener.

Of course there were some notable moments in the afternoon, but it was not a lively and fluid match and it remains to be seen how the two coaches in Pitso Mosimane and his Chiefs counterpart Giovani Solinas are going to rate the work of their players.

Mosimane chose for continuity in his team selection from his last competitive match where they beat AS Togo-Port 2-1 in the Caf Champions League last week with the only change being the introduction of Lyle Lekay for Tebogo Langerman.

On the other hand, Solinas also showed his hand in his first official match on the bench by starting with Siphosakhe Ntiya-Ntiya, Siphelele Ntshangase, who was maligned by former coach Steve Komphela last season, and Khama Billiat.

These two teams will probably improve in the coming weeks as the season gains momentum but the coaches will leave Loftus with more questions than answers.

For, Sundowns they must dust themselves off for matches against Polokwane City, Highlands Park, Golden Arrows.

In between those league assignments, Mosimane has have the MTN8 against Arrows and a daunting trip to Casablance where Wydad Athletic Club lie in wait in the group stages of the Champions League.

For Chiefs, they have Bidvest Wits, Baroka FC, Maritzburg United in their nest three league matches and they must also negotiate against Free State Stars in their MTN8 opener over the next few weeks.

Chiefs went ahead through Mphahlele who beat the outstretched arms of Sundowns ‘keeper Denis Onyango with a low shot after he disposed Gaston Sirino on the edge of the penalty box after eight minutes.

Sundowns equalised after 25 minutes through a penalty by defender Ricardo Nascimento who beat Itumeleng Khune, who dived the right way, after Jeremy Brockie was brought down by Daniel Cardoso in the box.

After 37 minutes, Lekay delivered a telling cross from a free kick that resulted from Katsande’s reckless tackle but Brockie’s well taken volley ricocheted off the cross-bar with Khune beaten from close range after 37 minutes.

Chiefs caught Sundowns on the counter after Sirino again lost the ball in the middle of the park but Billiat’s close range shot was saved by diving Onyango and the danger was cleared by one of his defenders just before the hour mark.

They continued to try to the winner in the closing stages but had to settle for a stalemate.