Solinas up against his nemesis-in-chief, Pitso 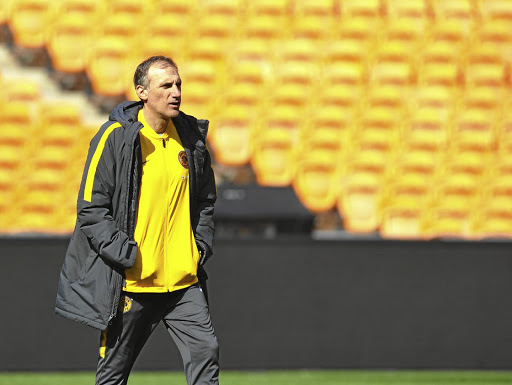 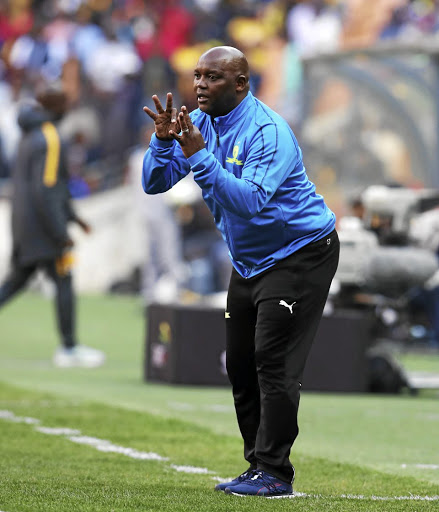 Kaizer Chiefs coach Giovanni Solinas will be up against his chief tormentor in local football, Pitso Mosimane, in his debut match against Mamelodi Sundowns.

Mosimane is the one coach in the PSL who has handed Solinas his two biggest losses in the Premiership during his stints with Free State Stars.

In their first tactical duels, Sundowns demolished Solinas' Stars 5-2 in the league during May 2016.

The Italian's second biggest hammering, engineered by Mosimane, was a 4-1 defeat came later that year in December.

In Solinas' 29 league games in total at Ea Lla Koto in two stints with the Free State side, he did not receive more stinging thrashes.

Tomorrow (3pm) at Loftus Versfeld, Amakhosi will be hoping that history does not repeat itself when the 50-year-old makes his debut on the bench.

Solinas has had only a few days to officially start working with the team after his work permit was granted earlier this week - although he was hired on July 13.

Against the defending Absa Premiership champions, Chiefs could be in for a rough day at the office.

The Italian mentor admitted that he would have preferred to face Brazilians at a later stage.

"Playing against the reigning champions is never easy. Sundowns started their season early because they had to play Champions League games," he said on the club's website.

"They are the favourites for this season and they have a fantastic coach in Pitso, who leads his team in special ways. I would have preferred to have played them next month, but this is how it is."

Solinas concedes that it will take some time for the players to fully understand his methods.

"I am busy implementing my philosophy of football, which is attacking football," he added.

"That takes time and that's a reality. We have to be patient. But I am extremely happy with the attitude, the commitment and the focus of the players at training.

"We are working hard to improve the tactics, fitness and psychological approach."