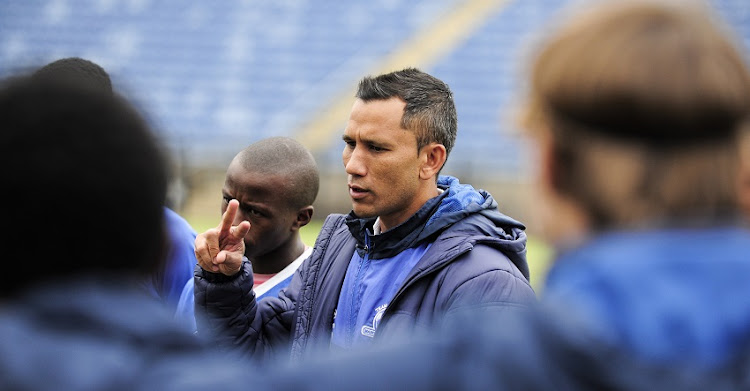 “It is very important that we start the season on a high note. Our aim is to collect many points in the opening games‚” Davids said.

“Achieving that goal will lessen the pressure midway through the season.”

The Maritzburg tactician feels that Arrows have the upper hand after outwitting the Team of Choice 1-0 in the KZN Premier’s Cup preseason tournament last week.

Sunday’s PSL fixture may be the campaign’s opener but Davids reckons it’ll go down as “the toughest of the season”.

“This is the toughest match of the season because all your preparations go to one 90 minutes. Arrows are one of the best counterattacking sides in the league yet organised defensively. They have good defensive structure – that’s one of their strengths‚” he said.

Maritzburg finally caved to the exertions of champions Mamelodi Sundowns on Friday‚ as the Pretoria team announced the signing of star attacker Lebohang Maboe from the Team of Choice.

United have‚ however‚ bolstered their squad with the likes of former Kaizer Chiefs midfielder Keagan Buchanan and veteran right-back Nazeer Allie from Bidvest Wits.

Davids revealed that only Buchanan was in line to make his debut against Abafana Bes’thende on Sunday.

“Buchanan had a full preseason with us and he’s on the right track. However‚ we won’t put pressure on him‚” the coach said.

“He will need some time to adjust to our style but he’s definitely available for selection on Sunday.

“Allie is in his second week with us and he will only be available in the next couple of weeks.

“Denwin Farmer [the 21-year-old defender] came with an ankle injury from SuperSport United last season. He’s still getting rehabilitation with our medical team.”