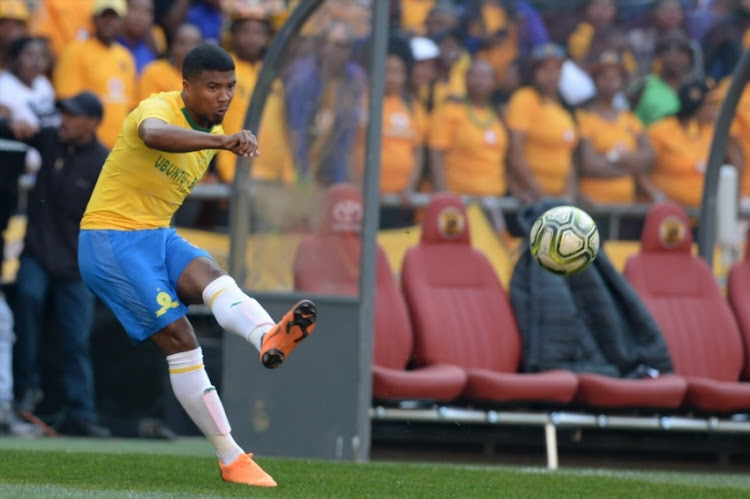 It is going to take some time for Lyle Lakay to get used to his new role as a left-back‚ but he is ready and willing to transform as a modern footballer‚ the new Mamelodi Sundowns signing has said.

A left winger by trade‚ Lakay arrived at Sundowns from Cape Town City in mid-July and coach Pitso Mosimane is going to use him on the left side of his defence‚ with the license to attack whenever they have the ball in the opposition’s half.

Mosimane is expected to unleash Lakay in the first match of their Absa Premiership title defence against Kaizer Chiefs at Loftus Versfeld on Saturday and the 26-year old said he is adjusting to his new positional responsibility and environment at Chloorkop.

“There is still a lot of work to be done during the season where I must continue to learn‚ but I am adjusting to it quite well‚” he said as the Brazilians prepared to host their bitter rivals in the PSL’s season opener.

“In modern football‚ left-backs attack more than they defend and I will have to do what is needed to be done for the benefit of the team. I am excited to be here at Sundowns and if I get the opportunity to play on Saturday I will give it my best.

“Working with coach Pitso has been good so far. He wants us to review our games so that we can spot our mistakes.

“He puts a lot of emphasis on it and I believe it will help me and the other guys in correcting our mistakes so that we can improve. Sometimes it is important to self-correct‚ rather than always wait for the coaches to point out things for you.”

The match between Sundowns and Chiefs is one of the biggest occasions on the South African sporting calendar and the Cape Town-born player does not want to be consumed by the hype.

“When you play against Chiefs‚ there will always be the hype around the match but it is our first league match of the season and I am looking forward to it‚” he said.

“I just have to do what I have to do and try to block out the unnecessary pressures. I have played against Chiefs in a number of big games for Bloemfontein Celtic and SuperSport United but this will be one of the biggest matches I have played in.

“I am happy to be back here at Sundowns [where Lakay had once been a triallist]. When I first heard that they were interested in my services‚ I did not think twice because this club has been successful over the past few years in South Africa and on the continent.”