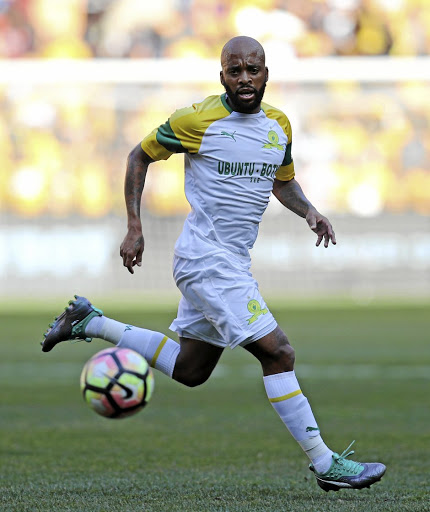 You could argue that Oupa Manyisa had a decent first season with Mamelodi Sundowns and the statistics could back you up.

Following his shock move from Orlando Pirates a year ago, he went on to play 27 league matches for the Brazilians and was key in their title triumph. He added four appearances in domestic cup competitions for a total of 31 games played.

At Sundowns, however, no one is guaranteed a place in starting line-up, but he remains upbeat even after the arrival of Andile Jali, who formed a great combination with him at Pirates a few years ago.

"All I can say is that I'm looking forward to another great season," Manyisa told Sowetan yesterday.

Clearly avoiding questions on the competition Manyisa, who's usually diplomatic in his responses, emphasised they are a team, adding that he would play his part.

"The team can rely on me but, as I said, it's not about me. There are a lot of other guys and we just have to put our heads together moving forward."

Manyisa, who turned 30 on Monday, is hopeful of more success with Sundowns, but acknowledged it's going to be a tough season. They open their league campaign with a clash against Kaizer Chiefs at Loftus Stadium on Saturday.

"We won the league, but now we have to put that at the back of our heads and get ready for the new season.

"We are going to face Chiefs to do what we have been doing throughout pre-season."