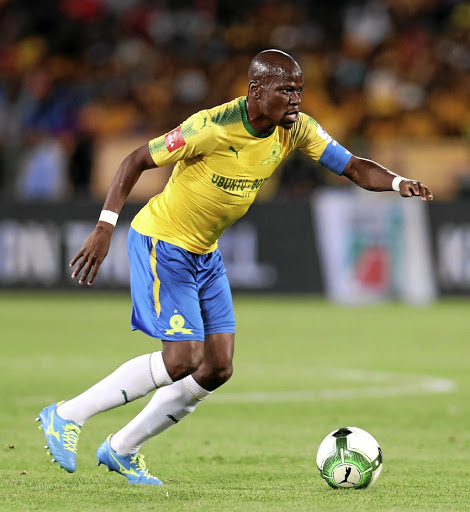 It does not bother Mamelodi Sundowns' Hlompho Kekana much who he will be partnered with in midfield in the new season as he has over the years adapted to playing with various pairings.

The Sundowns captain has been a mainstay in the midfield where his partners tend to change every second season. His first midfield partner under coach Pitso Mosimane's system was Bongani Zungu. Then came Tiyani Mabunda.

For a handful of games last season, he was paired with Oupa Manyisa and now it is likely that he will form a tandem with Andile Jali.

"We all know how good Andile is and he will make us better as a team wether it's me playing with him or someone else," Kekana said.

"I have been fortunate not to be overlooked for a place [in the starting [XI] and that the coach picks me. But at Sundowns we can play with different players and we are not dependant on one person."

The defending Absa Premiership champions will start their title defence with a heavyweight clash against Kaizer Chiefs at Loftus Versfeld on Saturday.

"As players we always look forward to playing Chiefs even though it's a scary feeling."

The Bafana Bafana regular conceded that his club took a big knock by losing two of their biggest stars in Percy Tau and Khama Billiat.

"We just want to try fit in the new players on how we play."

As the Brazilians chase what would be a record ninth league title, the 33-year-old feels they are their own biggest hurdle. "We can be wasteful in front of goals."