Unemployment statistics point to a generation failed by system 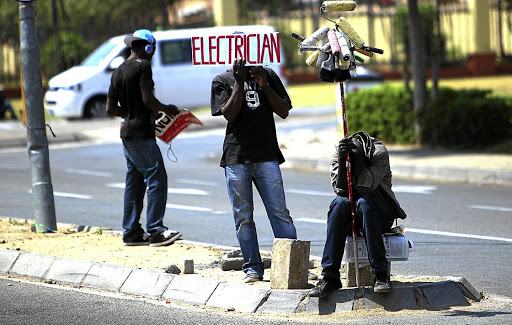 The prosperity and longevity of any society is inextricably linked to the investment it makes in its young people.

If the future is in the hands of the youth, as is popularly repeated, then the kind of environment, opportunities and skills that are extended to them must ensure that they'll be able to realise the high aspirations and ideals of their forebears.

There is every indication that the youth in this country is being failed.

The labour force survey released by Statistics South Africa for the second quarter of 2018 shows a jump in the unemployment rate from 26.7% to 27.2% and it is highest among the youth.

Although an educational qualification does not guarantee employment, it places them in a better position to secure a job.

A comparison between unemployed youth graduates and their adult graduate counterparts shows that the adults fare better.

"However, another noticeable fact is that the unemployment rate reduces as the level of education increases.

Figures from  Statistics South Africa suggest that it indeed pays to go to school, with the unemployment rate among young graduates at 11% compared ...
News
4 years ago

"Young graduates have an unemployment rate of 11.9%, which is more than two times higher than that of their adult counterparts at 4.4%."

Even with the attainment of free higher education, which ideally should result in more young people accessing higher qualifications, the reality is that many young people are facing social pressures that prevent them from having the linear path to success.

High youth unemployment cannot be taken apart from the high school dropout rate. The trend in the 24 years of democracy has been that only half of the pupils who start grade 1 at a given point reach matric.

Even when you look at those who opt to take the school leaver's certificate at grade 9, the picture does not change. Most young people are not dropping out to pursue further training at the country's further education and training colleges or as artisans.

Young people are cutting their education short due to socioeconomic pressures such as having to find work to help support their families, being from child-headed households and other social ills like teenage pregnancy, alcohol and drug abuse.

Some find school difficult due to not having parental and social support that can assist them when they struggle academically.

In the context of an economy that has stagnated, growing at under 1% in recent history, and the shrinkage of labour absorptive sectors such as manufacturing, mining and agriculture, the prospects of these school dropouts are bleak.

SA’s unemployment rate worsened to 27.2% in the second quarter‚ from 26.7% in the first quarter‚ Statistics SA reported on Tuesday in its quarterly ...
Business
4 years ago

There is little to no prospect for the unskilled and semi-skilled.

If this situation continues unabated, South Africa is headed for a social crisis of greater proportions.

The social welfare system, largely in the form of grants, will be overwhelmed.

It is clear that corporate South Africa prioritises capital-intensive growth with a focus on advanced skills and is unlikely to change.

And the labour movement will undoubtedly continue to fight for their employed members to get a better deal.

Perhaps there is a need for a national youth programme or service that would identify opportunities for youth to be empowered and skilled while contributing to communities.

In this way young people on the periphery of education and employment can be given the dignity of work.

The stipend they earn could alleviate social pressures and assist them to further their educational and entrepreneurial skills which could possibly lead to permanent employment.