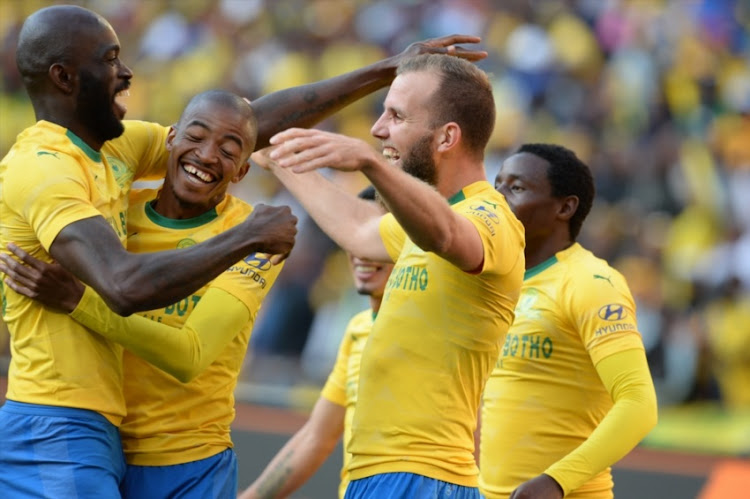 It was just a preseason friendly, but Mamelodi Sundowns' second-string earning a 2-1 Shell Helix Ultra Cup victory at FNB Stadium against a full-strength Kaizer Chiefs did seem to reinforce a gap that still needs filling by Amakhosi this season.

Jeremy Brockie finally broke his Sundowns duck, albeit still unofficially, in front of a noisy 49 000 crowd on Saturday with his first goal for the club in the 53rd minute. Substitute Themba Zwane made it 2-0 in the 92nd.

Chiefs, needing a recovery this season from three trophyless campaigns to quell their fans' disgruntlement in the stands, fielded a near-full strength lineup, and Absa Premiership champions Sundowns a virtual B team.

Both sides had their chances in a decently energetic friendly. But Downs did enough to run out winners.

For the rest, Mabedi had his heavyweights out, including Itumeleng Khune, Ramahlwe Mphahlele, Daniel Cardoso, Willard Katsande, Siphiwe Tshabalala, and Leonardo Castro.

New headline signing from Sundowns Khama Billiat was on the left.

Deep striker Sphelele Mkhulise, the 22-year-old promoted to the first team after seasons on loan in the First Division with Black Leopards and Richards Bay, was Mosimane's one youngster.

The first half was predictably rusty, with any real conclusion of passes or attacking movements a too laborious process for either side. Although, for a preseason friendly, the buildups came at a relatively upbeat tempo.

It took until the 44th minute for anyone to manage a shot on goal.

Billiat's arrival is expected to lessen the burden on 33-year-old Tshabalala's shoulders in Chiefs' frontline. The two might form an interesting attacking combination in 2018-19, too.

They gave a hint that they could when Tshabalala's low cross just before the break was missed in the middle by Castro, falling for Billiat to force a save off the legs of Downs goalkeeper Kennedy Mweene.

But if there is a player who has the potential to gel with his teammates in an explosive fashion this season it is Brockie.

With his first six months at Chloorkop spent without a goal after a reported R12-million move from SuperSport United, finally the Kiwi scored on Saturday, sweeping in the rebound after Laffor had broken and rolled a shot onto the left upright.

The Kiwi celebrated like he'd scored in a cup final, not a preseason friendly.

The beginning of a Brockie deluge? The coming season will tell.

The teams had swapped kits - Chiefs from their home gold to away Hollard purple, and Downs from away white to home yellow - from the change rooms.

But it was Downs who enjoyed the second-half purple patch - Zwane coming off the bench to run onto a throughpass and lift a finish past Khune.

Parker showed class to volley home Philani Zulu's corner from the right in the 96th.