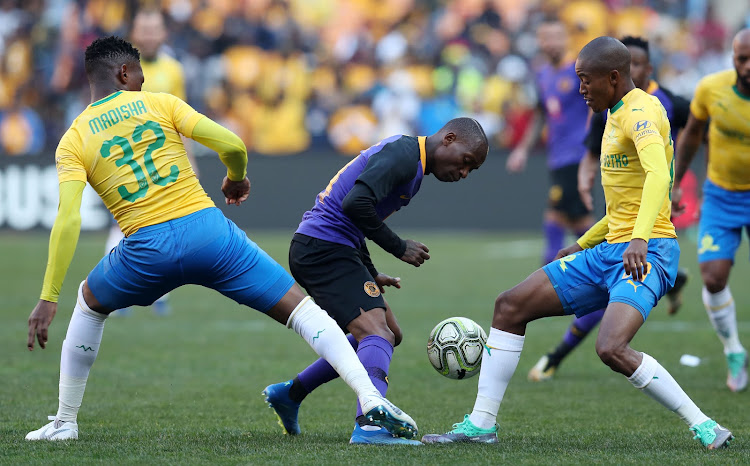 Everyone is predicting a Mamelodi Sundowns massacre of Kaizer Chiefs in their Absa Premiership opening match of 2018-19 at Loftus Versfeld on Saturday.

Perhaps that’s exactly why Chiefs are poised to upset the odds and prevail.

SowetanLIVE gives you five reasons why Chiefs will win:

1. Chiefs are the clear underdogs

This is where Amakhosi can be dangerous in matchups against Sundowns‚ as shown last season.

In October Chiefs travelled to Loftus having won just once twice in eight matches in an unconvincing start to their 2017-18 campaign‚ and hit by injuries.

Steve Komphela’s reconfigured side did not just win‚ they professionally snuffed Sundowns out of the game for a 2-1 victory‚ a catalyst for something of a revival of their season.

2. Their players will be out to impress the new coach

Whenever a new coach arrives at Chiefs‚ or just about any PSL team‚ the players’ game almost invariably notably lifts for the first two or three matches as they go out to impress the new man.

Giovanni Solinas will be taking charge of his first match against Sundowns after his late arrival in the preseason.

Chiefs’ players will be out to jostle to convince the coach‚ who receieved his wok permit on Monday‚ they are worthy of a starting place going forward.

3. Billiat‚ Castro and Mphahlele will be out to prove themselves

Chiefs’ ex-Sundowns brigade – this off-season’s attacking signing Khama Billiat; striker Leonardo Castro‚ who arrived in January; and right-back Ramahlwe Mphahlele‚ who signed in June 2016 – all left Chloorkop under some form of cloud.

They will be fired up to prove to Downs‚ and their coach Pitso Mosimane‚ that more should have been done to keep them at the Brazilians.

Sundowns have not had an off-season‚ due to playing in the Champions League group stages.

Chiefs have had a good break.

For all the talk of Solinas’s late arrival‚ Patrick Mabedi is sure to have laid a solid foundation overseeing the first three weeks of the preseason. Chiefs will come out fresh‚ and hungry to prove themselves.

5. … and they have fresh ideas‚ so are the less-known quantity

Chiefs‚ too‚ are the more new-look team of the two‚ with the new coach.

Sundowns have shown their hand throughout the Champions League group stages‚ but Amakhosi have chopped and changed and experimented in their friendly matches.

It's hard to predict how they will line up‚ or what new ideas the canny Solinas might have instilled‚ which makes Amakhosi dangerous.

The 2018/2019 Absa Premiership season gets underway on Saturday with a mouthwatering fixture between league title holders Mamelodi Sundowns and ...
Sport
3 years ago
Next Article