Sundowns on top while Chiefs are still limping 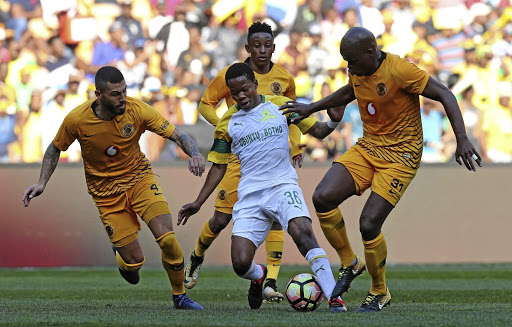 The past weekend had shown us what to expect in the new season with defending champions Mamelodi Sundowns showing signs of readiness.

The same cannot be said of the Soweto giants Kaizer Chiefs, who continue to be stuck on the same approach as last season.

This is something Amakhosi defender Daniel Cardoso alluded to after Chiefs's 1-0 loss in a friendly match to Cape Town City at the weekend.

"We still got one or two positions to tweak. We are still playing a bit defensive," Cardoso said after the Mpumalanga Cultural Xperience Cup in Mbombela on Saturday.

Even in their Shell Helix Ultra Cup loss to Sundowns more than a week ago, Amakhosi have persisted with tried and tested players like Williard Katsande and Siphiwe Tshabalala.

But there is no better match to test Chiefs' readiness than against the Brazilians in the Absa Premiership opener at Loftus Stadium on Saturday (3pm).

Chiefs have promised an overhaul of the squad some months ago, but they have only signed three players, while they have left-back Mzikayise Mashaba on trial.

New signing Billiat and Siphiwe Tshabalala had to be taken off against City on Saturday owing to knocks.

While Amakhosi's efforts appear to be work-in-progress, Sundowns appear stronger despite losing Billiat to Chiefs, and Percy Tau to Brighton Hove in England.

Chiefs will face a side that has been unleashing its new acqusitions, with Venezuelan Jose Ali Meza the latest to earn his debut at Sundowns.

Another South American, Gastin Sirino, played a blinder in Sundowns's 2-1 win over AS Togo-Port in the CAF Champions League on Friday.

Meanwhile, Patrick Mabedi is likely to take charge of Chiefs if new mentor Giovanni Solinas does not received his work permit by this week.