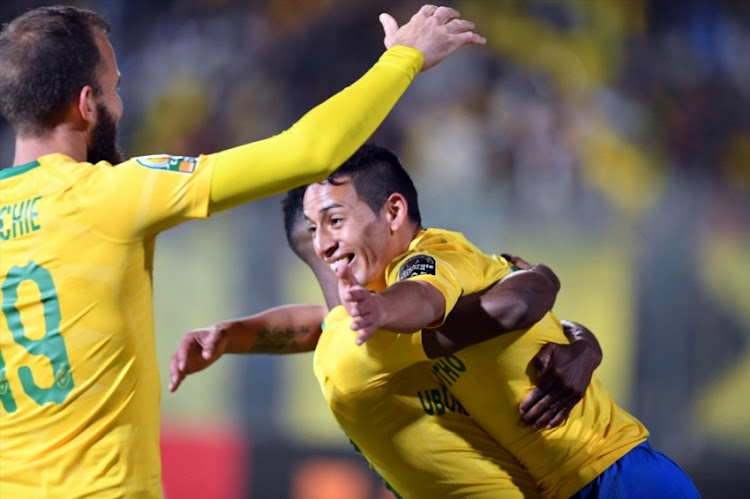 Sirino scored the opener and provided the assist for the second for Sibusiso Vilakazi in the first half as Sundowns moved to second spot in Group C. Mosimane has challenged the Uruguayan to carry the team this season in the absence of departed stars Percy Tau and Khama Billiat.

“I have been waiting for this performance from him and this was his kind of game‚” said Mosimane after the victory that restored Downs’ Champions League campaign‚ lifting them off Group C’s bottom place.

“He came out of his shell and he turned it on from the first minute. He carried the team and probably it is because the other two guys who have always carried the team [Tau and Billiat] are not around.

“Normally it was Percy who used to turn the volume up most of the times and I am also happy with the goal he scored.”

Mosimane said Sirino is capable of playing a big part for the club in the coming season where Sundowns will be looking to defend their Absa Premiership title and recapture their 2016 Champions League title.

“I hope he continues to do this for us because he is capable of doing this. It is good that he showed good signs and it is good to give us hope‚” the coach said.

“Sometimes he starts to pass the ball too much and he waste chances but I am happy with him and the rest of the players who played tonight.”

Mosimane said he was relieved to have finally gotten Downs’ first win of the group stages in their fourth match‚ a result which have put them back in contention to progress to the quarterfinals.

“It was a game that we had to win because we had no other option to continue in this tournament. We played well‚ except the goal we conceded in the closing stages‚” he said.

“We controlled the game‚ there was never a threat and we could have scored two more with Sirino and Brockie. This game was‚ for me‚ more difficult than the one we lost in Togo [1-0 last week]‚ but we got the three points and we got what we wanted.”

Togo-Port coach Agoro Tchagodomou accepted the result but advised Mosimane that there is still a lot to play for in the remaining rounds of the group stages.

“There is still a lot to do for Sundowns in the group because all the teams have a chance to progress and we can’t say one team has a chance over the other at this stage‚” Tchagodomou said.

“If I have advice to Pitso‚ he has to review his second half because we put them under pressure and they lost the momentum. Both teams shared each half‚ Sundowns had the first half and we had the second one.

“It was a good game and I am sure that the fans will go home happy because we gave them a good match.”