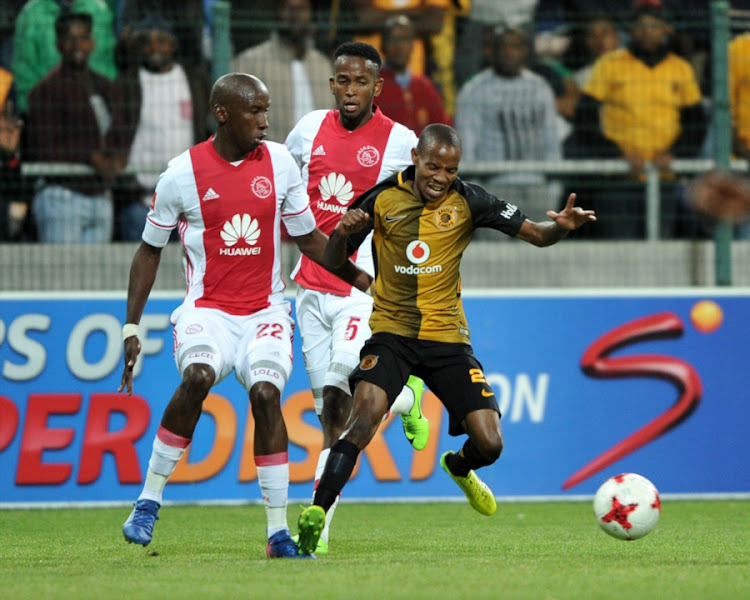 Fourteen points and nine league positions separate them‚ but Kaizer Chiefs know they will be in for a war trying to beat desperate Ajax Cape Town at Cape Town Stadium on Saturday to ensure third place in the Absa Premiership.

A shaken Amakhosi‚ who have managed a defeat and a win since losing coach Steve Komphela after the infamous Nedbank Cup loss against Free State Stars that ended in a violent pitch invasion‚ meet an Ajax in second-last place and fighting for their lives.

Muhsin Ertugral’s Urban Warriors (31 points) need a win against Chiefs‚ under caretaker-coach Patrick Mabedi‚ to stay out of the playoffs.

Three points to Ajax will mean that any result – draw‚ or win to either – between SuperSport United (33 points) and Baroka FC (34) at Lucas Moripe Stadium will see one of those teams drop below them.

Polokwane City (33 points) can also drop to the playoffs if Ajax win and they lose against Chippa United at Old Peter Mokaba Stadium.

“This is going to be a tough match‚” Chiefs wingback Joseph Molangoane admitted of the clash against an Ajax with their backs against the wall.

“Ajax are fighting for their life and they will throw everything at us in this one.

“It is normal to face teams that raise their game whenever they play against us. You can imagine this time‚ with so much at stake‚ sparks are going to fly.”

Third place after a morale-sapping third season without silverware might seem only a consolation for Chiefs to fight for.

But it is the only prize they have left to win in Saturday’s final round of PSL matches.

Chiefs beat Maritzburg United 2-0 at FNB Stadium in the penultimate round to leapfrog the KwaZulu-Natal team into third‚ behind champions Mamelodi Sundowns (59 points) and confirmed runners-up Orlando Pirates (52).

They need to beat Ajax‚ or for Maritzburg to lose against Lamontville Golden Arrows at Harry Gwala Stadium‚ to finish third.

Pirates will aim to suppress a sixth-placed Free State Stars from climbing to a higher culmination at Orlando Stadium.

Bidvest Wits‚ the 2016-17 champions who sit in a lowly 10th-place on 36 points‚ must beat already-relegated Platinum Stars (21 points) at Royal Bafokeng Stadium to stand a chance of a top eight finish.

PSL final round -
Saturday (all 3pm):

Mamelodi Sundowns coach Pitso Mosimane‚ who on Wednesday snared the Premier Soccer League coach of the month for April‚ says the criteria used to ...
Sport
4 years ago

In a dramatic twist to the on-going saga around Tendai Ndoro‚ the Premier Soccer League (PSL) are demanding that Ajax Cape Town agree to an ...
Sport
4 years ago
Next Article