Sundowns march on to the PSL title 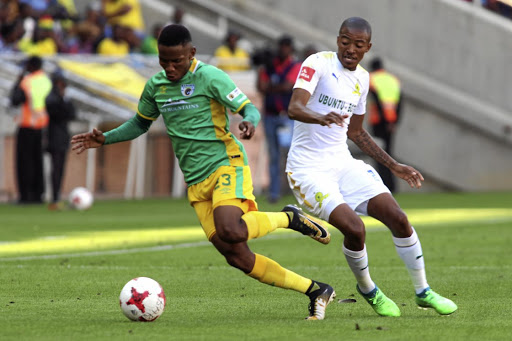 Mamelodi Sundowns are sitting comfortably with a four-point lead at the summit of the Absa Premiership following their 2-1 victory over a plucky Baroka yesterday.

Percy Tau demonstrated why he is considered the best footballer in the country with an assist and a goal to hand the Brazilians their 15th league win of the season.

Surely there can no longer be a debate about where the PSL footballer of the season award is headed. Tau bagged his 11th league goal of the season and 13th overall.

Downs had to fight back from behind, though, with goals from Wayne Arendse and Tau after Lucky Nguzana had put the home side ahead.

Bakgaga were duly rewarded for their confidence with the opening goal in the 21st minute.

Sundowns' Uruguayan winger Gaston Sirino was lucky to get away with his mischief after retaliating with a stomp to a tackle from Khutso Mohwatseleng.

The equaliser came after Tau provided the cross that Arendse converted in the 44th minute.

The Brazilians showed their class. They grabbed the second goal when Sibusiso Vilakazi passed to Tau who scored in the 51st minute.

Second-placed Orlando Pirates will get a chance to restore the gap when they face SuperSport United on Wednesday.