Cape Town City advance to next round in CAF Confederation Cup 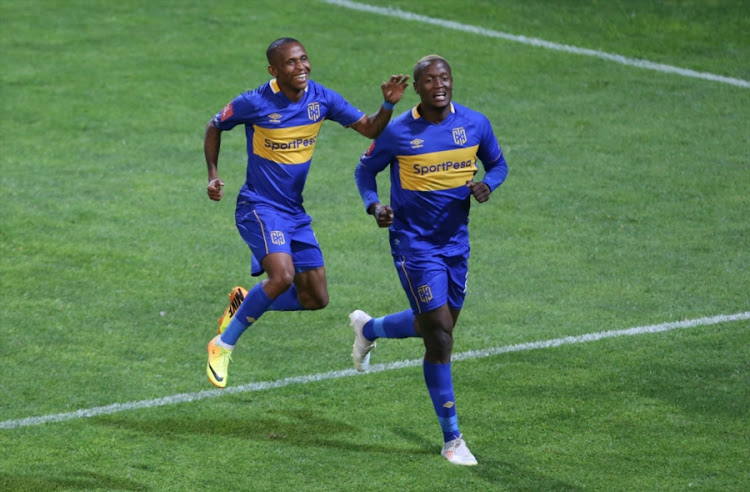 Benni McCarthy fielded his reserves in Tuesday night's African Confederation Cup tie but few made any case for immediate inclusion as Cape Town City labored past Young Buffaloes of Swaziland into the second round of the competition.

Bradley Ralani scored the only goal of the game 12 minutes into the second half as City won 1-0 for a two-goal aggregate triumph.

McCarthy fielded only one of his starters from Saturday's loss away at Kaizer Chiefs -- Tariq Fielies at centre back - offering opportunity for his fringe players to stake a claim for more playing time.

But despite the poverty of the opposition, City never took a commanding grip on the game although it would be fair to say their 1-0 lead from the first leg in Swaziland nine days ago was never under much threat either.

City had two efforts cleared near the Buffaloes goal in the opening 20 minutes and set up several other half chances against a weak opponent, who played a largely kick and rush style, yet managed to keep Shu-Aib Walters busy in the latter stages of the first half.

He made a flying save from Promise Dlamini in the 34th minute and smothered a good chance from Ndoda Mtsetfwa three minutes later.

But the capability of the Swazis was best illustrated by the first set piece they won, just after the hour.

It was a free kick within striking range but Dlamini miscued it so badly it went out on the side of the pitch near the corner flag.

Craig Martin came on for the second half to inject a little life into the City attack but it was Ralani out wide on the left who broke the deadlock, cutting in to fire home with some aplomb.

Teenager Shane Roberts, who debuted in the first leg, played a delightful chip over the top of the visiting defence in the 73rd minute to set up Nana Akosah-Bempah, who somehow managed to put it over the crossbar with an open goal yawning in front of him.

Martin had a free run on goal with 10 minutes left but snatched his shot wide.

City now wait until Wednesday to find out the identity of their second round opponent when Jwaneng Galaxy of Botswana host Mozambique's Costa do Sol in the second leg of their first round tie. Costa do Sol have a narrow 1-0 lead from the first leg.

Meanwhile at the Royal Bafokeng Stadium in Rustenburg, bottom club Platinum Stars earned a valuable point in a goalless draw against SuperSport United.

Cape Town City coach Benni McCarthy said he tried to convince captain Robyn Johannes to stay at the club but in the end could not bring himself to ...
Sport
4 years ago

Title hopes remained alive for Kaizer Chiefs as they edged Cape Town City 1-0 at Soccer City on Saturday night and moved into the second place in the ...
Sport
4 years ago

enni McCarthy is not being overworked or overwhelmed by pressure in his debut season despite Cape Town City.
Sport
4 years ago
Next Article