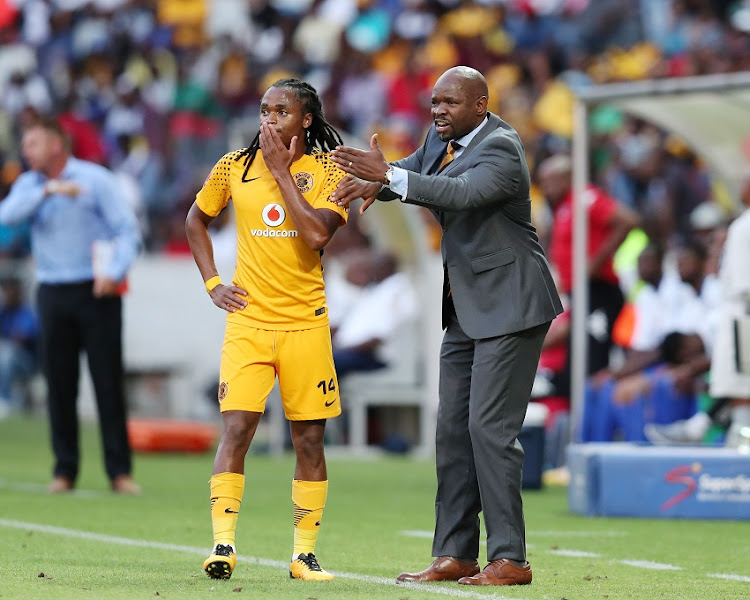 Kaizer Chiefs might have looked the best they have so far in the advanced stage of coach Steve Komphela’s tenure but veteran midfielder Siphiwe Tshabalala says Amakhosi are still not the finished product.

Tshabalala said Komphela‚ whose future hangs in the balance with his contract up at the end of this season‚ has done a good job in a difficult rebuilding phase for Amakhosi.

A renewal is perhaps dependent on winning either the Nedbank Cup‚ where Chiefs are into the last-16‚ or league‚ where Amakhosi are seven points behind leaders Mamelodi Sundowns with 10 games to go.

And an improved Amakhosi in the past three months‚ from a combination of an injection of youth and signings‚ has seen Chiefs looking their most complete and competitive yet under Komphela.

However‚ Tshabalala warned: “I think we’re not a complete team‚ but we’re a work in progress.

“The youngsters have done well so far. And we’ve been pushing them.

“And the good thing is that they are not only being pushed but they’re also willing to learn as well.

“Whenever they’re given the opportunity‚ they make use of it.

“I think we’re heading in the right direction with the squad we have.

"Experience and a lot of youth as well‚ so there’s a bright future in the team in the long term.

“But what also matters is here and now‚ and the situation we are facing currently – to win games and trophies.

“Hence I said that we’re not there yet – we’re a work in progress. But we still have a chance for silverware (this season).

“We’re still in the running in the Nedbank and the league too.”

Tshabalala was asked if‚ should Komphela’s contract not be renewed‚ that might damage the “work in progress”.

“I think he’s done well in terms of trying to bring the team together and promoting youngsters as well‚ giving them the opportunity‚” the midfielder said.

“And sadly he’s going to be judged on what he has done in terms of winning trophies.

“But us as a team‚ we see what he’s doing and his vision as well.”