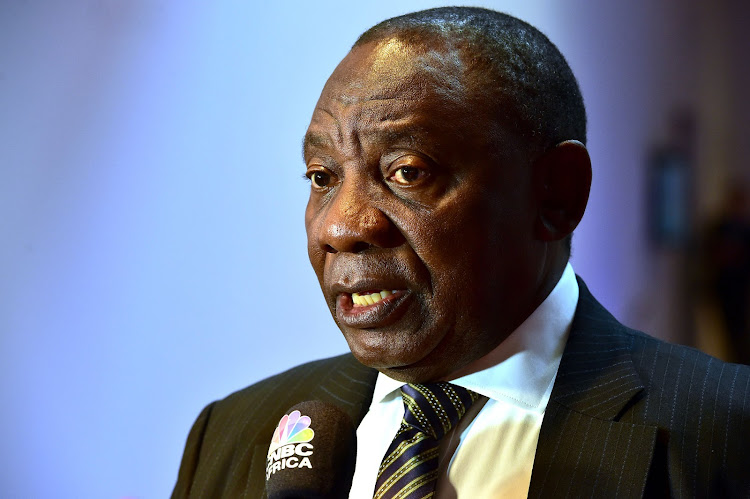 Cyril Ramaphosa has been elected president of the Republic of South Africa unopposed.

Ramaphosa's election comes a day after Jacob Zuma tendered his resignation following pressure from his party, the African National Congress.

Ramaphosa’s candidacy was nominated by ANC backbencher Patrick Maesela and seconded by his colleague‚ Joan Fubbs.

None of the opposition parties nominated a presidential candidate.

Ramaphosa was congratulated by Chief Justice Mogoeng Mogoeng who presided over the election.

Ramaphosa will the deliver the state of the nation address scheduled to take place on Friday at 7pm.

Earlier, Cope’s Mosiuoa Lekota objected to Ramaphosa’s nomination in parliament‚ alleging he had violated his oath of office multiple times.

In a statement ahead of the session‚ Cope offered these reasons for the assertion:

“The ANC’s new top six‚ including its new president (Ramaphosa)‚ are complicit directly or indirectly in the corruption and capture of the state through their own actions or lack of action.

“Cyril Ramaphosa violated his Oath of Office when he did not act according his constitutional obligations and triumphantly announced land expropriation without compensation which is in direct violation of the letter and spirit of the Constitution.

“Cyril Ramaphosa continues to proclaim the outdated struggle rhetoric that ‘the ANC is the Parliament of the People’. This is in line with the ANC’s continual undermining of Parliament’s authority.

“South Africa will be creating a terrible repetition if they vote into office another person who had broken his oath of office.

“What SA need is a fresh start. The Congress of the People calls for the dissolution of Parliament as it had been found by the Constitutional Court to have failed to exercise its Constitutional obligations.”

Parliament met on February 15 2018 to elect a new president after Jacob Zuma announced his resignation as head of state.

Cyril Matamela Ramaphosa is now the Acting President of the Republic of South Africa.
News
4 years ago

Cyril Ramaphosa could be sworn in as president on Thursday

Paul Mashatile has confirmed that Cyril Ramaphosa could be sworn in as President as soon as tomorrow.
News
4 years ago
Next Article