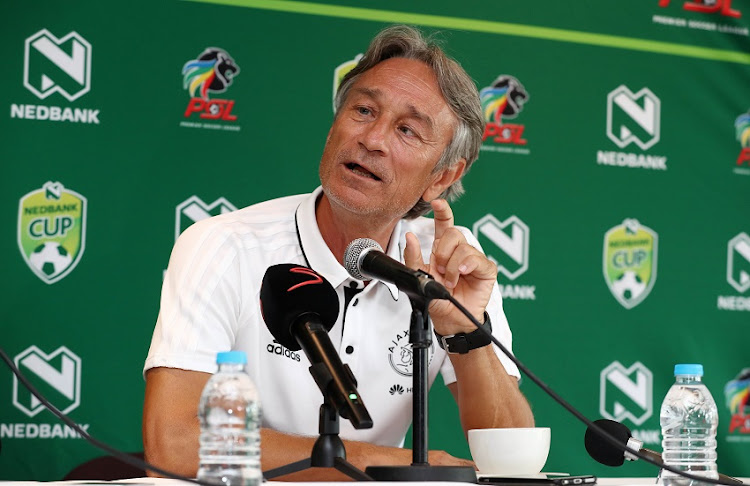 Ajax Cape Town coach Muhsin Ertugral says he will continue to play striker Tendai Ndoro until he is ordered to stop as the Urban Warriors prepare for a Nedbank Cup Last 32 clash with Orlando Pirates on Saturday night.

Pirates played their 3-0 league loss to Ajax in Cape Town last week under protest with Ndoro’s eligibility to feature for the Urban Warriors called into question.

The Zimbabwe international has now featured for three clubs in the 2017/18 season – Pirates‚ Saudi Arabian side Al Faisaly and Ajax – which is in contravention of FIFA rules that state a player may only turn out for two clubs in a single campaign.

But a Premier Soccer League Dispute Resolution Chamber ruled in favour of Ajax and Ndoro when their case was heard last week‚ with the league now set to challenge that ruling.

It has also been reported that FIFA have sent a letter to Ajax telling them to stop fielding the forward‚ but Ertugral says he has no such intention and will in all likelihood start Ndoro at the weekend.

“The DRC gave us a decision that we can play him‚ so that is what I have got [to work with]‚” Ertugral said.

“I have to field my best team and the moment that the objection comes in and says I am not allowed [to play Ndoro]‚ then we must respect that also.”

With Ajax to be without injured forward Yannick Zakri and key defender Mosa Lebusa‚ Ndoro’s experience will be key at the Orlando Stadium‚ especially after the two and a half seasons he spent at the club.

Ertugral believes that nothing can be read into his side’s emphatic victory over Pirates last week‚ a game in which The Buccaneers had the lion’s share of the possession‚ but were undone by Ajax on the counter-attack.

“It’s a completely different game‚ it’s a cup game. It’s not going to be easy for us‚ I know that. I know how difficult it is to play in Orlando Stadium against a team who wants to prove a point.”

“It is a psychological game‚ Micho is a very good coach. To turn the team to that level‚ they are playing very good football.

“I know Micho very well from previous years when he was in Uganda and we would share football thoughts. He is a great personality.

“He has got the team to a level that‚ in the future‚ they are a very short way away from major success. Given more time‚ and there is always pressure on Pirates‚ they will be a successful team.”