Clubs blast CAF over lack of changes to club competitions 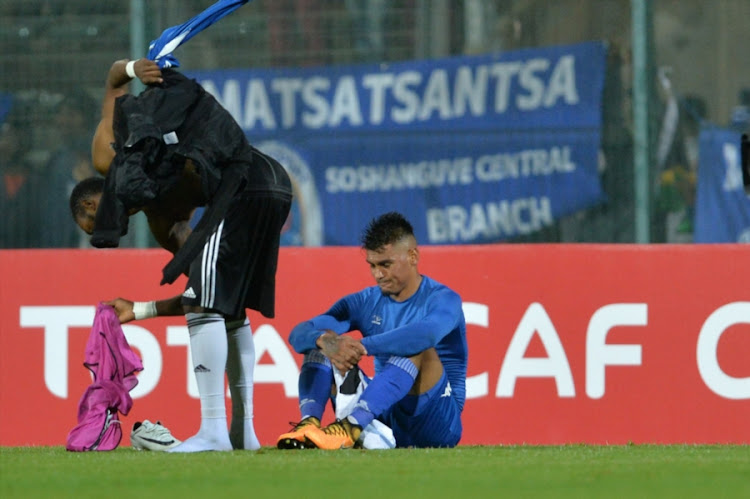 South African club officials are angry at a lack of clarity over next year’s continental club competitions as promised changes have not been implemented.

The teams are upset because they are in the dark about how next year’s African Champions League and African Confederation Cup will unfold.

To make maters worse‚ the four Premier Soccer League clubs who are supposed to be competing next year do not know the dates for their fixtures‚ which usually start in February‚ and despite appeals to the Confederations of African football still have to register their player by the end of December‚ before the opening of the January transfer window.

Clubs also do not know when the draw for the 2018 competitions will be made‚ but one senior official‚ who asked that his identity be kept anonymous for fear of upsetting the Confederation of African Football‚ said “that’s the least of our concerns”.

“We were promised significant changes for the better but as things stand now we are in the dark‚" the official said.

"It is extremely frustrating and frankly unprofessional.

"How are clubs supposed to plan for the second half of the season‚ to buy players in the transfer window and to try and balance the commitments in the domestic competitions and the travel in Africa?

“How difficult can it be to draw up a calendar of when the CAF fixtures are going to be played‚ so that clubs and domestic leagues can plan their domestic fixtures?

"It really is more of the same‚ nothing has changed.

“We check the CAF website every couple of days to see if there is any information but all we see is the new president hopping from one country to the next visiting presidents.

"We wonder if anything is being done.”

There were similar complaints aired on television last week by SuperSport United general manager Stanley Mathews when he spoke just before last Sunday’s first leg of the African Confederation Cup final in Lubumbashi.

Massive changes were proposed to the two annual club competitions at the CAF symposium in Morocco in mid-year where it was decided that the competition dates would be changed.

Instead of being held inside a calendar year‚ starting in February and finishing in November‚ CAF agreed with proposals to change to an August start and May finish.

This was driven by demands from top clubs across north African and in South Africa’s Premier Soccer League‚ who are forced to give up their off-season rest and pre-season preparations to participate in the group phase of the two competitions which is played in June and July.

Clubs also wanted changes to registration windows from CAF to conform with the established international transfer window in January and mid-year.

As things stand now‚ if a club buys a new player on the eve of the closure of the January window‚ it is too late to register him for the CAF club competitions.

CAF said the finer details would be quickly worked out by the organisation’s club competitions committee but almost six months on‚ and after two separate CAF conclaves in Ghana and Morocco‚ where the all-powerful executive committee has met over the last two months‚ there has been no word.

All the clubs know is that they must register to compete in the two competitions by November 30.

South Africa is represented next year by champions Bidvest Wits and league runners-up Mamelodi Sundowns in the Champions League and by third placed Cape Town City and Nedbank Cup winners SuperSport in the Confederation Cup.

The book focuses on Teko's love for soccer, which was also the reason he was kicked out of home at eight-years-old.
Entertainment
3 years ago

Lamontville Golden Arrows will continue to play a quick counter-attack game away to top teams in the Premier Soccer League even if they are accused ...
Sport
3 years ago
Next Article