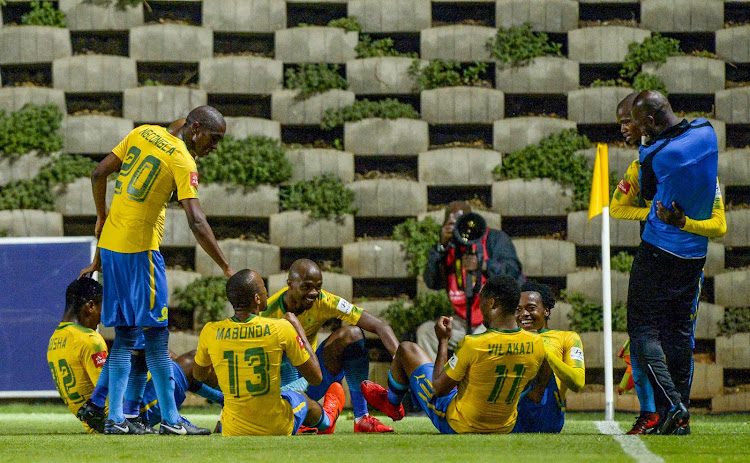 Khama Billiat of Mamelodi Sundowns scores against Darren Keet of Wits during the Absa Premiership match between Bidvest Wits and Mamelodi Sundowns at Bidvest Stadium on November 21, 2017 in Johannesburg.
Image: Sydney Seshibedi/Gallo Images

Robert Mugabe resigned as Zimbabwe’s president on Tuesday and the 93-year-old's departure from office was felt even in the Premier Soccer League (PSL).

Zimbabwean international Khama Billiat took to the field a couple of hours after Mugabe fell on his sword and the speedy player inspired his club Mamelodi Sundowns to a 2-0 win over the limping BidVest Wits in the university's grounds.

As Zimbabweans around the world continued to celebrate the fall of Mugabe after a 37-year stay at the helm‚ Billiat said he was celebrating with his countrymen.

“I don't really like to talk about politics but it is a relief when the whole nation is happy‚" he said.

"It's been a long time since we celebrated together.

"We always mind our own business but our whole nation has come together to celebrate one thing is very important.”

Billiat came off the bench to score a brace that gave his club the 2-0 win over the defending PSL champions and when news of Mugabe's resignation broke‚ the player was getting ready for the league match.

“The whole world is happy for us and I hope we'll take it from there‚" Billiat said.

"I personally didn't know where this is going to take me because the next thing could be something else.

"The next thing could be that I'm not focussing and I lose form because I'm into politics.

"You just have to try and stay in-between and support what's good.”