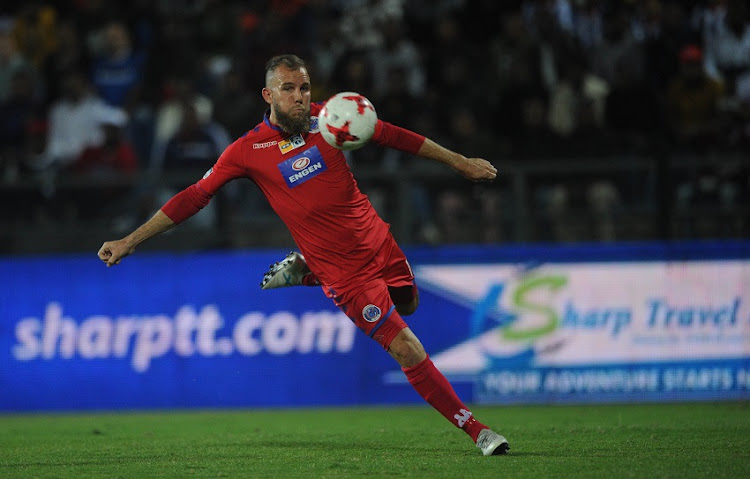 Winning the Caf Confederation Cup would be the perfect consolation for SuperSport United striker Jeremy Brockie after the New Zealander narrowly missed out on qualification to next year's Soccer World Cup.

The wounds of New Zealand's 2-0 aggregate World Cup defeat to Peru are still fresh and Brockie said he hoped that Saturday's Caf Confederation Cup final second leg against TP Mazembe would help him forget about the heartbreak.

“I was probably lucky enough that the TP Mazembe game came soon after our loss in Peru‚" he said.

"It did not give me enough time to reflect and think about missing out on the World Cup too much.

"It was obviously disappointing that the dream ended on the last hurdle but I have been lucky enough to play at one World Cup tournament and being so close to another one did hurt a lot.

“It is every kid’s dream to play at the World Cup.

"I’ll probably reflect on that later but it is good that these two games came shortly after the disappointment.

"Playing in Peru was amazing with 50 000 fans screaming and the passion that those people have is simply incredible.”

Brockie said it would be the proudest moment of his club career if United are able to overcome the 2-1 first leg deficit and beat TP Mazembe on Saturday.

“In terms of club career‚ winning this tournament would be right there at the top‚" he said.

"The only thing higher from a club point of view is winning the Champions League and going to the Fifa Club World Cup.

"This is the next best thing.

"We are close to it and we don’t want to give it away.

"Hopefully come Saturday we will be celebrating with the fans and the country.”

Brockie goes into the second leg as the competition’s top scorer with ten goals to his name and he is almost assured to walk away with the golden boot as Ben Malango of TP Mazembe is sitting on six goals.

“It will be pretty special to end the campaign as the top goal scorer.

"In all competitions that I play I want to do well for my club and score goals.

"I am not happy with just 10 goals and hopefully I will score one or two more to take the team over the line.

"When I first came to South Africa‚ I wanted to get into this tournament to test myself and we find ourselves in the final which is a very special feeling.

"It has been a rollercoaster ride and hopefully I will round it off by winning this trophy.

"These are types of competitions and trophies that you will remember as a player for the rest of your life.”