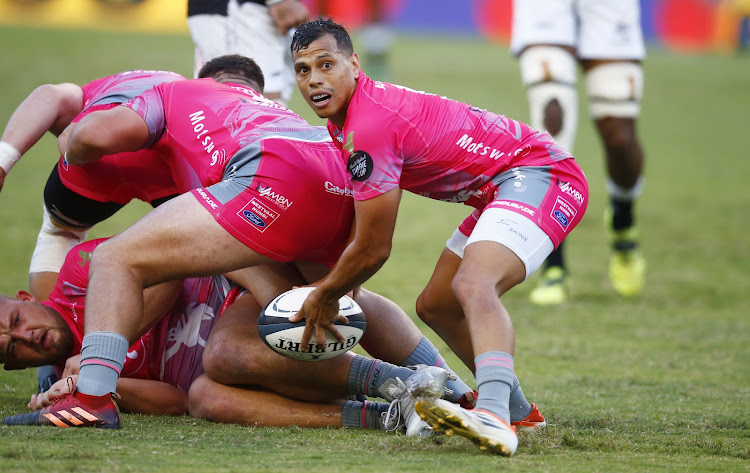 The error-strewn Sharks suffered a 20-10 defeat to the Pumas, who claimed a massive Currie Cup win at Durban’s Kings Park Stadium on Friday night.

Two tries by Devon Williams supported by Eddie Fouche’s good kicking were enough for the Pumas to register a morale boosting away win over one of the so-called bigger franchises.

Pumas scrumhalf Chriswill September was one of the shining lights for the men from Mpumalanga.

The Sharks could only manage a single try by replacement hooker Fez Mbatha.

The Pumas needed the victory at all costs to remain in the race for the Currie Cup play-off spots.

However, a bonus-point win would have seen them get into the top four on a superior points difference compared to the Griquas, who are away to the Bulls on Saturday.

The start of the match in Durban gave some signs it wasn’t going to be a good night for the Sharks as they committed too many mistakes.

The men from Mbombela dominated the territory and possession for most of the first 40 minutes despite boasting a few of their United Rugby Championship players.

The visitors broke the deadlock four minutes after kickoff when Fouche slotted over a penalty which was followed by Williams' first try of the day.

That try came from a messy Sharks line-out which allowed Williams to break the Durbanites’ defence lines to cross the whitewash as the Pumas led 10-0 inside the opening 20 minutes.

On 28 minutes, Boeta Chamberlain produced one of his master classes when he put the Sharks on the scoreboard for the first time in the match with a beautiful drop goal.

But what looked like a start of a comeback for the Sharks ,who were 10-3 down, was blown when Williams completed his brace with five minutes left before the break and Fouche added the extras as the Johnny Stonehouse-coached side led 17-3 at halftime.

Sharks Currie Cup coach Etienne Fynn had to quickly make changes to turn things around in their favour and he brought in players such as hooker Mbatha and Lourens Adriaanse.

But another successful penalty kick by Fouche increased the Pumas lead to 20-10 in Durban and they successfully protected their lead for the remainder of the clash.