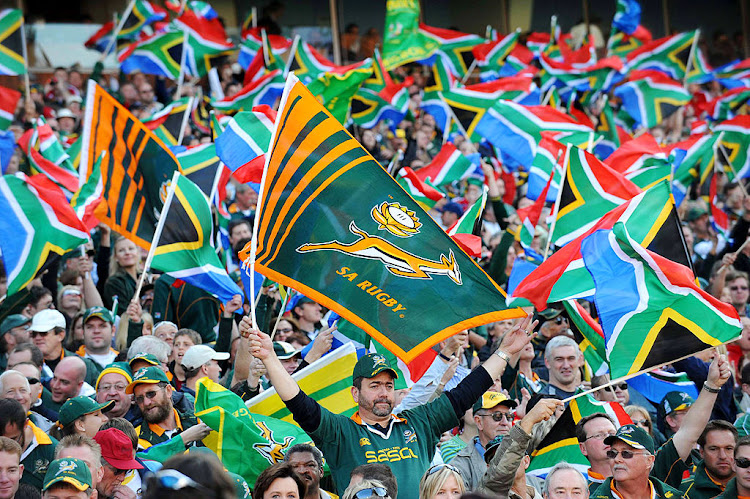 With the international season fast approaching, SA Rugby president Mark Alexander says they will continue to lobby government to have 100% capacity at stadiums.

The Springboks' home programme starts in July with three Test matches against Wales in Pretoria, Bloemfontein and Cape Town during the Castle Lager incoming tour.

During their home schedule, which is expected to end in September, the Boks are also scheduled to host New Zealand in Mbombela and Ellis Park and Argentina at Kings Park during the Rugby Championship.

“We are lobbying to get 100% fans in the stadiums because it is important for us. Those big stadiums take a lot of staff and the last thing you want to do is to retrench people because you cannot pay the bills.

“There are two things government said in 2020. The first was saving lives and the second was saving livelihoods. If we cannot fill the stadiums, we are not going to be able to pay stadium staff.

SA Rugby president Mark Alexander they will continue to lobby government for 100% capacity at stadiums. pic.twitter.com/W8vSG8zEY4

Alexander said rugby events scheduled for later this year will inject more than R18bn into the economy.

“Just looking at the events for this year, the economic impact for our country from the two games against the All Blacks, the three games against Wales, the game against Argentina, the World Cup in Sevens in Cape Town and the World Cup HSBC Series in December is about R18.6bn.

“It is a much-needed impact. Yu don’t only have to look at it form a rugby point of view but from a country point of view. We will continue to lobby to get 100% fans back in the stadiums.

“All around the world, fans are back in the stadiums. In December I went to the Waterfont in Cape Town and saw more than 100,000 people walk through there. I didn’t have to show my vaccination certificate, there was no social distancing and we used toilets downstairs.

“But when you come to sports, you have all these regulations which put undue pressure on us. Sport is the most poorly funded in the country but it creates a vehicle for social cohesion.

“It is the most unfunded from a government perspective and we understand  government can’t do it, but for us to fund ourselves and our programmes we need to have 100% capacity in stadiums.”

Venues are allowed to host up to 50%, but Alexander said this is not sustainable and people will continue to lose jobs.

“Not only for rugby but for soccer, cricket and everybody, we cannot pay the bills. If you open a stadium like FNB, the number of security guards and staff you need to pay is a lot.

“You must also think about the people outside the stadiums and we will try to lobby as much as possible because we need to save livelihoods and international events will stimulate our economy.”