Saru to push to open stadiums at full capacity

Organisation lost almost R7bn from one tour due to lockdown 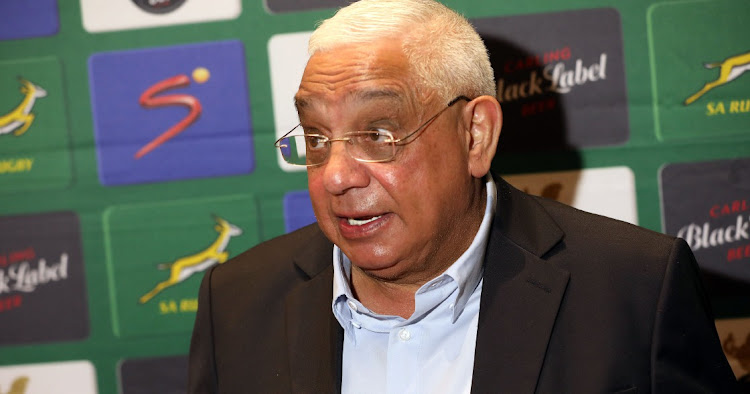 Recently re-elected SA Rugby president Mark Alexander says they are still going to advocate for the government to allow 100% of the stadium to be open so they can save livelihoods.

Saru was one of the main sporting organisations that was vocal in the call for fans to return in large numbers during the pandemic, expressing how they were bleeding without bums on the seats.

With the Springboks' season about to resume in July against Wales, Alexander is pushing for the full stadium to be used, instead of the 50% allowed by current regulations.

"With fans being back in the stadium, we're still lobbying to get 100% back," said Alexander.

"It's important for us because those big stadiums take a lot of staff and the last thing we want to do is retrench people because we can't pay the bill. The two things the government said when Covid-19 happened in 2020, one was [how important it was] to save lives and the second one was saving livelihoods.

"If we cannot fill the stadium, we'll not be able to pay half of the staff and it does not only impact those inside, it impacts the informal traders outside too. It's important we get 100% people back to the stadium," he said.

When the 2021 British & Irish Lions tour took place without fans and tourists in the stadium, Saru reported that SA's economy lost R6.6bn.

With a packed rugby calendar, Saru is estimating economic gains of about R18bn, which is why it is pushing for stadiums to be open at full capacity.

"Looking at the economy of the events for this year – three Wales games, two games against the All Blacks, game against Argentina, the Sevens World Cup and series – out of those events there's an R18.6bn impact to our economy," said Alexander.

Wayne Smith has dropped New Zealand's captain, Les Elder, from the Black Ferns squad for their first outings of a season that will climax with the ...
Sport
2 weeks ago

While Lions centre Wandisile Simelane sees the imminent departure of fellow centre and leader Burger Odendaal as a massive loss for the union, he ...
Sport
2 weeks ago

Stormers keep on trucking, but coach eyes the hand brake

There have been seismic shifts, not just in fortunes, but expectations in the United Rugby Championship (URC) this season.
Sport
2 weeks ago
Next Article