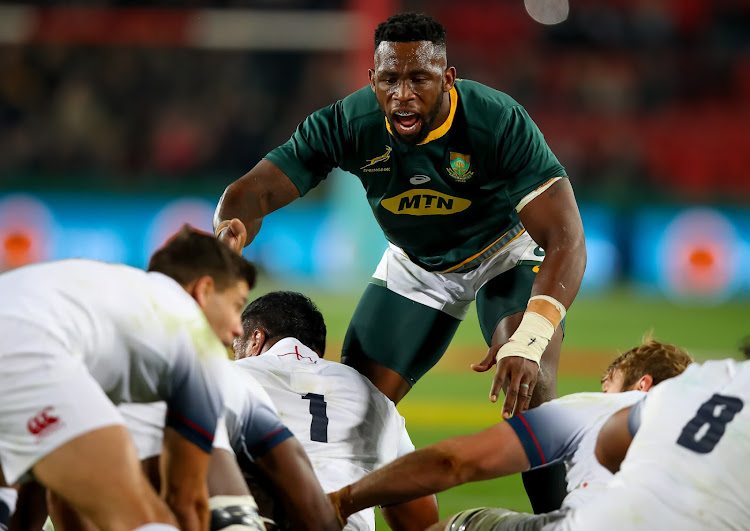 A return to form for captain Siya Kolisi is a welcome relief for South Africa coach Jacques Nienaber as he prepares the side for the vital two-test series against Georgia starting on Friday, a warm-up to their titanic clash with the British and Irish Lions.

South African rugby has been among the hardest hit globally by the Covid-19 pandemic with the Springboks idle for 20 months and stop-start domestic competitions leaving the home-based players potentially under prepared to meet the Lions next month.

While the Boks’ overseas-based players have had regular rugby, those at home have not and Kolisi, who became a global icon when he lifted the Rugby World Cup trophy in Japan in November 2019, showed a worrying dip in form.

He was not the only one, but it was such a concern that Nienaber felt compelled to publicly back the loose-forward, saying "nothing has changed" and that the 30-year-old was "100%" the captain of the team.

But a move to the Durban-based Sharks and some strong performances in the Rainbow Cup SA in recent months has injected a new energy as he faces up to what will be another career-defining series against the Lions.

"He just brings so much experience.

"Siya, I and other forwards have been in regular conversations on a lot of fundamentals and technical stuff in terms of their on-field performances over the past few competitions.

"There's definitely been value in Siya coming back and playing for the Sharks.

"There's been a clear improvement (in form) and the way he performs with the ball and, especially, off the ball."

The Boks are scheduled to announce their team for the first test against Georgia on Tuesday.

The three-match series against the Lions starts on July 24.