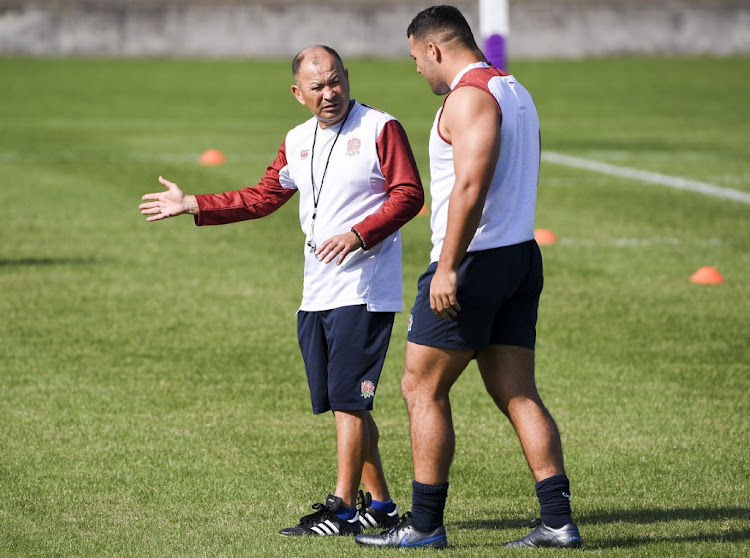 On the eve of SA Rugby announcing ‘a dramatic gear change’ in its transformation progress‚ an England player revealed he and coach Eddie Jones were racially abused while on tour here in SA in 2018.

Ellis Genge a non-playing squad forward told the BBC he‚ Jones‚ as well as other squad members were racially abused after one of the Tests but did not specify if it was in Johannesburg‚ Bloemfontein or Cape Town‚ or whether they laid a complaint.

“When we went on the South African tour in 2018 I remember after a game we were walking through one of the tunnels and they started hurling racist abuse at myself and a few of the other ethnic boys and Eddie himself‚” Genge said.

“It is still very rife‚ especially in sport.

"Look‚ you can’t control that yourself‚ you just sort of need to put the message out there.

"Like Raheem Sterling (England and Manchester City footballer) said‚ if you have got a platform‚ you can use it. It’s something that needs to be stamped out.”

Genge was interviewed on Tuesday in the aftermath of the destruction of slave trader Edward Colston’s statue in Bristol over the weekend.

Colston’s statue was ripped from its plinth and rolled down the street before being dumped into the Avon River.

Genge‚ who is from Bristol‚ supported the action and suggested rugby had some way to go.

“The issue with rugby is that it’s been a white man's game for a number of years and there’s not really any black coaches or ethnic coaches especially over here in England‚” he said.

Following their annual audit they say their transformation barometer “had leapt from 59% success in 2018 to 81% a year later in the first year of the organisation’s refocused Strategic Transformation Development Plan 2030 (STDP 2030)”.

The release states: “SA Rugby achieved success in 38 of its 47 areas of measurement in the dimensions of access; demographics and empowerment.”

They stated that the numbers of rugby-playing schools and clubs exceeded targets; that demographic targets for generic black players and black African players were achieved in eight out of nine national teams; and that 16 of 18 targets were achieved in coaching‚ refereeing‚ team support staff‚ board members and SA Rugby staff.

Despite those shortfalls chief executive Jurie Roux said he was satisfied with the progress.

Roux also praised all 14 provincial unions who had each achieved a minimum of 60% of their agreed targets in the provincial barometer‚ which was measured against similar dimensions at a provincial level.

SA Rugby more than met the Government appointed so-called Eminent Persons Group’s 50% pass‚ the point at which federations can face sanctions from the minister of sport‚ art and culture.