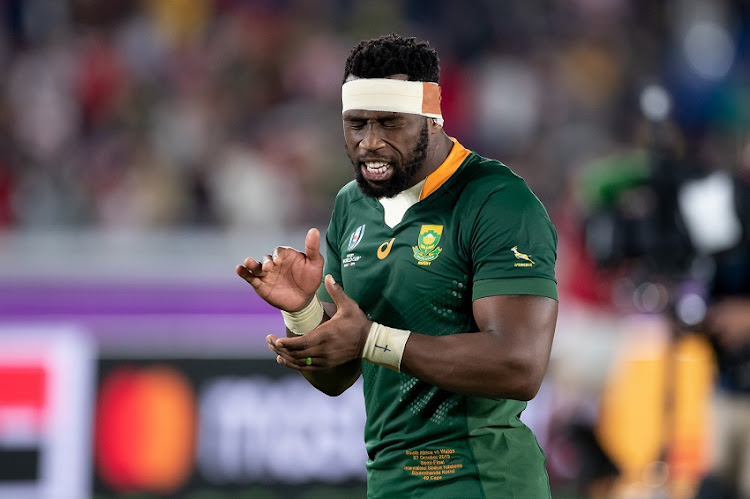 Springbok coach Rassie Erasmus has admitted that he was naïve about the significance of installing Siya Kolisi as South Africa first black rugby captain.

On Thursday Erasmus spoke after announcing his team‚ which Kolisi will lead in his 50th Test‚ to play England in Saturday’s Rugby World Cup final in Yokohama.

The coach conceded the moment was far bigger than he thought when he made Kolisi captain for the three-Test series against England last year.

“With the initial appointment of Siya the plan was never to get the country behind us‚ or have another plan with Siya‚” Erasmus owned up.

“One day you might hear from the players how Siya was appointed captain.

"Siya was actually the best performing Super Rugby captain. That is why he became the captain of the Springboks.”

Erasmus said the captaincy was sprung on Kolisi.

“I didn’t have a lot of conversations with him for that first Test when he became captain. We didn’t sit down for five months and strategised and made a plan.

“Pieter-Steph (du Toit) was the captain for the Wales Test and Siya for the England Tests. It was a sudden thing and I was maybe a bit naïve not thinking it would be such a massive thing‚

"The whole emotional thing that went around in South Africa with him being the first black captain caught Siya off guard. It caught me off guard and I think his game suffered a little bit‚” Erasmus said.

“I thought his game suffered the first few games (as Kolisi became overwhelmed with the off field demands and distractions).

"When that got better he got an injury and when he got back from that we had to slowly get him into the mix again for the Rugby World Cup.”

Kolisi was eased into the training group ahead of the World Cup and is running into form at just about the right time.

“But I think the timing is great‚” said the coach.

“In the last two games he had great games again. We also managed his game time really well.

"He is firing fit to have a good final‚” said Erasmus‚ who has been substituting Kolisi with Francois Louw after the hour mark.

He may have been naïve before but the weight of the occasion at Yokohama Stadium on Saturday is not lost on Erasmus.

“It is his 50th Test match and I think it is fitting‚” said the coach.

“It is a wonderful occasion for the first black captain. It has sunk into me too. I understand how big it is. I’m not so naïve anymore. For him to run out in his 50th Test is a wonderful story.

“For him to handle that emotional‚ not stress but extras that came with something I did not expect is just wonderful. Well done to him.”