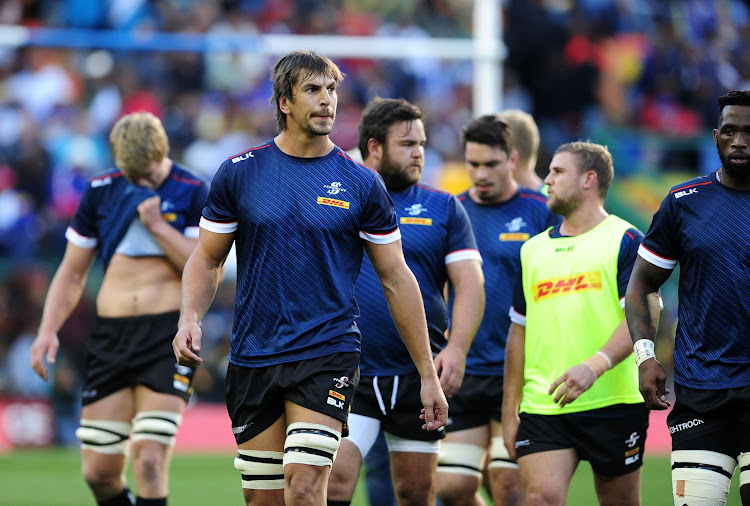 The DHL Stormers have been unlucky with injuries to key players this season.
Image: Ryan Wilkisky/BackpagePix

The Stormers arrived at Ellis Park on Saturday with several players sidelined through injury and by the time the Lions had beaten them 41-22‚ that list had grown longer.

Already shorn of the services of luminaries like captain Siya Kolisi‚ Pieter-Steph du Toit and Scarra Ntubeni among others‚ they have now lost Eben Etzebeth to a hand injury that may rule him out for the rest of the campaign.

“At the moment our injury list is long‚” sighed coach Robbie Fleck.

“It is not just Siya. There are some big name players missing. Pieter-Steph du Toit‚ Eben potentially broke his hand today. Cobus Wiese did his hamstring.

"The injury list is long. We are going to have to bring some youngsters through now and see how they go.”

Fleck believes the number of absentees impacted his team’s ability to counter the rampant Lions who ran in six tries and secured a bonus point.

“Too many disruptions to our team‚” said Fleck.

“(There are) too many injuries. That sort of affected the way we played.

"There were too many turnovers which led to some excellent tries by them. Also too many missed tackles at the end of the day.”

Still though‚ the Stormers somehow held on to the Lions’ coattails and could have played themselves into a position to snatch a late victory.

The Lions‚ however‚ pounced when they needed to and put the result beyond doubt in the closing minutes.

“We had the opportunity to get within bonus point range‚” said Fleck.

“We scored some decent tries but credit to the Lions they defended well at the end. Obviously when they got the space they took their opportunities.”

The coach was impressed with his team’s fighting spirit.

“We were in it and we were able to fight back in the first half‚ we were under some pressure.

“Credit to our guys‚ they stayed in the fight. There were some good passages. We’ll move on from this and look forward to next week.”

Indeed the next fortnight will be big for the Stormers who will have to win both their remaining matches against the Sunwolves and the Sharks to be in play-off contention.

Conference honours are beyond their reach but they can still have a say in the quarters.

“Not at all‚” countered Fleck to the suggestion his team was out of it.

“(They are) must wins games yes. We’ve got the Sunwolves next and we are very much in play-off contention. We’ll start again on Monday and we are looking forward to that.”