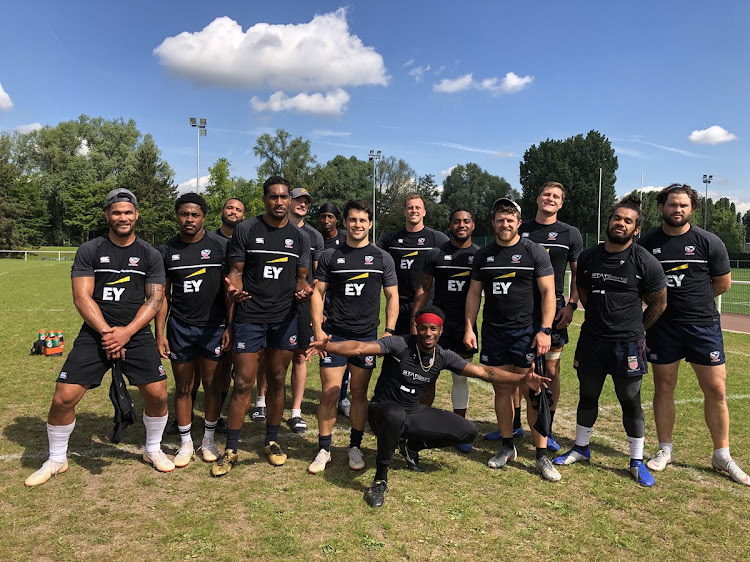 It is often said that history repeats itself. This season, the USA men’s rugby sevens squad would strongly disagree.

Now, the USA will take the pitch this weekend in Paris for the final leg of the HSBC World Rugby Sevens series with a chance to win it all for the first time, trailing first-place Fiji by two points.

Look at the standings with one round left at the #Paris7s

The opportunity for their first season championship is something perhaps only the players believed would happen this year.

“Even when we were there in sixth in the world we would come in every weekend thinking we were going to win,” said captain Madison Hughes. “And now here we are in second.”

Regardless of the result, the US sevens have already clinched a spot at the 2020 Olympics and will finish higher than they ever have in history.

The Eagles are likely to finish no lower than second place considering third-place New Zealand sit 19 points behind.

No US men’s sevens team had ever finished higher than fifth when they did so in 2016-17, and it had taken them 15 seasons to crack the top 10 for the first time when they ended in sixth place in the 2014-15 campaign.

The Blitzboks scored 20 unanswered points in the second half of a dramatic Singapore Sevens final to beat Fiji 20-19 and secure their second win of ...
Sport
3 years ago

But getting to this point was no fluke. The US have been the most consistent team by far on the circuit this season and remain the only team to reach each of the nine semifinals.

This has helped put them in position to win even with just one tournament victory compared to Fiji’s four.

And despite the losses of key players Perry Baker and Danny Barrett for parts of the season, the rest of the Eagles were able to shoulder the load. Speedster Carlin Isles leads the series in tries with 47, and Hughes has scored 263 points, just three away from the top scorer, Andrew Knewstubb of New Zealand, on 266.

Baker and Barrett are now back in the lineup, which makes the Eagles more dangerous at the perfect time.

“It’s been a good season to this point, and now the job is to finish it off,” said Hughes. “We believe in ourselves and we’ve always been a confident group.”

You don’t often get to recognise a team’s best season in history before it’s over. But the Eagles have a chance this weekend to make it even more historic.

Self-coaching Blitboks ready to take a sling at Singapore

Blitzboks coach Neil Powell is always looking for an edge and this week he decided to let the players coach aspects of play to keep them on their ...
Sport
3 years ago

It seems a case of one step forward and two back for the Blitzboks after they finished a disappointing seventh at the Hong Kong leg of the 2018/19 ...
Sport
3 years ago
Next Article