Lubisi and Malajika finally face off in ring 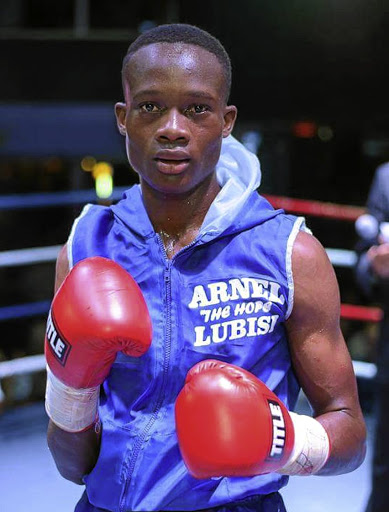 Abram Lubisi, a former professional fighter from Mhluzi in Mpumalanga, who now hones the skills of many fighters including his son Arnel "The Hope" Lubisi, has warned that either his son or Ricardo Malajika will have their clean slate tainted after their boxing match on May 10.

Their junior-bantamweight non-title fight will form part of the Power at the Palace bill that will be staged by Golden Gloves at Emperors Palace.

That tournament will be headlined by the IBO Africa super-middleweight championship between holder Rowan Campbell and Yanga Phethani, while Boyd Allen will put his WBA Pan African junior-middleweight belt on the line against Brandon Thysse.

Lubisi, 18, is undefeated after three fights, with two knockouts. The youngster first fought in 2017 when he outpointed Layton Gloss over four rounds.

On the other hand, 20-year-old Malajika - who is under the guidance of former professional boxer Anton Gilmore in Johannesburg - made his debut last year. He has two stoppages in three wins.

Abram, who retired as a fighter in 2006, said: "This is a fight my son wanted for a long time. They were supposed to have fought in the amateurs but their match-up did not happen until they both turned pro. The time has come for them to show each other who is the best. It is going to be war."

Abram added: "Someone's clean slate in their record will be gone after May 10."

Lubisi, who wants to be a medical doctor, said he will take a break from school this year and focus on boxing, where he hopes to raise funds to further his studies next year.

Meanwhile, Golden Gloves boss Rodney Berman announced that as from August, all fighters under his stable will be obliged to invest a percentage of their purse in an investment plan.

"This innovation has been designed by a team of investment specialists who will manage each fighter's fund for them.

"The purpose of this initiative is to ensure that fighters, particularly those who do not attain a championship status, are assured of a meaningful nest egg after retirement," said Berman.