The five players to watch in this year's Currie Cup 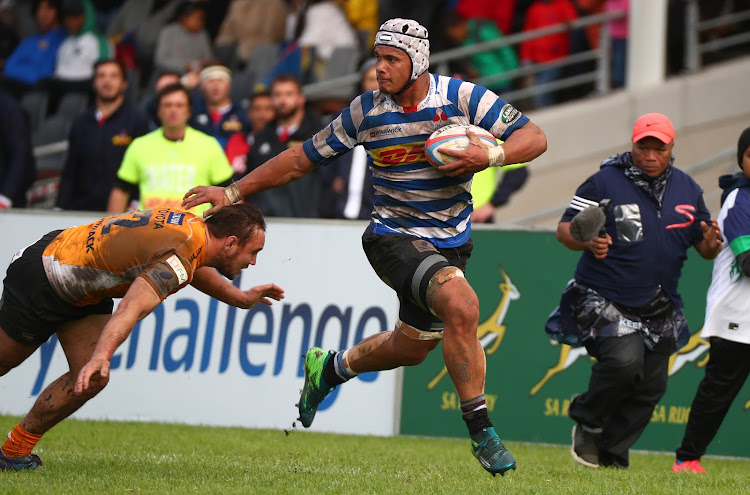 The Currie Cup kicks off next weekend with some familiar and a few new faces likely to make an impact.

The burly No8 made quite an impact at age group level‚ but he’s now playing with the big boys. His 118m‚ 111kg frame makes him a handful‚ especially when charging off the base of the scrum.

Injury had sidelined the former World u20 player of the year for the bulk of the season before he returned for the Stormers’ last Super Rugby match.

He’s had a taste of Super Rugby with a few appearances for the Stormers but it is in the Currie Cup where defences are more likely to yield to his advances.

His career soared after he joined the Blue Bulls from Boland in 2013 and he delivered some memorable Varsity Cup performances for Tukkies.

He met immediate success when he featured in the Blue Bulls u19 side that won the Provincial Championship in 2013.

Things however have levelled out a bit for Matthews the last few seasons. He has described his career as stressful given the number of injuries that have held him back.

Should he remain injury free Matthews’ trickery may prove a real treat in this Currie Cup.

The former SA u20 and Western Province flank has barged his way through a tough Super Rugby season with the Sharks.

He even copped a two-match ban for dangerous play‚ but now he’s ready to be part of a campaign with the Sharks who will be desperate to go one better than their defeat in the final last year.

In Vermeulen they have an able ball carrier who also gets through a mountain of work on defence.

Simelane‚ who was supposed to trial with Kaiser Chiefs‚ only started playing rugby at u11 level.

Such was his killer side step and turn of speed‚ however‚ that his talents were soon recognised and he was called up to the Golden Lions u13 side.

He shone for the Junior Boks in the World Rugby u20 World Championships this year which has more than convince the Lions he should be unleashed in the Currie Cup.

Senior rugby however is less forgiving and Libbok was part of a Bulls team that spent too much time under their poles in Super Rugby.

The Currie Cup‚ however‚ presents the elusive flyhalf the platform on which to shine.

With more time and space at his disposal in the Currie Cup‚ Libbok is likely to tease and torment defences.

By choosing a 35-man squad for the Rugby Championship and clearly indicating players such as the uncapped Damian Willemse will feature against ...
Sport
3 years ago

Cash-strapped WP confirm it will loan out players

Western Province Rugby chief executive Paul Zacks confirmed that the cash-strapped union would be looking to offload players as part of a strategic ...
Sport
3 years ago
Next Article