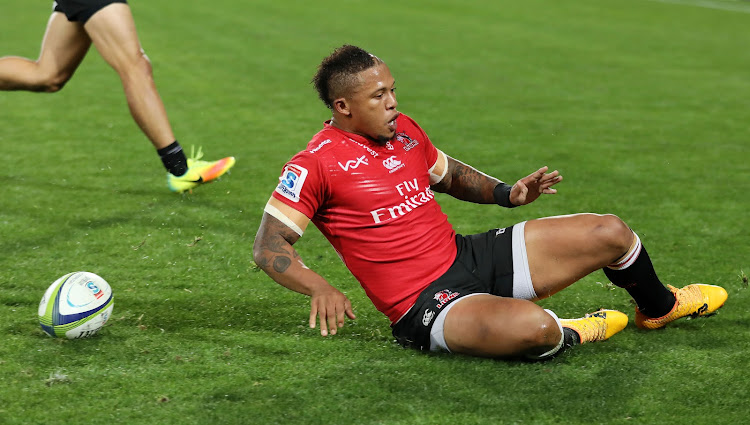 The Lions lost 37-18 against the Crusaders in Christchurch.

Jantjies made several costly errors‚ including taking the ball back into the in-goal area and dotting down‚ resulting in a five-metre scrum for the Crusaders‚ which led to a try.

Despite some very good performances throughout the season‚ Jantjies has never reproduced that form in finals or at Test level.

Erasmus though‚ believes he is unfairly criticised and that it’s up to the Bok coaches to make him a more complete player.

“I’m clear in my head about most things and I will say I didn’t know Elton as a person prior to taking the Bok job‚” Erasmus said.

“But he is one of the best players I have worked with in terms if analysing the game and doing extra work on his game.

"To take a Super Rugby team to three finals in a row‚ you must be very close to doing something really great.

“If Handre Pollard goes down injured now‚ there is no doubt we would run with Elton because he is our second choice flyhalf.

“Whatever his problems are at the final hurdle‚ it’s up to us as coaches to help him fix those.

“I need to talk to Elton when the Lions players get here (on Wednesday)‚ but it can’t be easy having played non-stop between Japan and the Lions for several seasons.

“About his talent‚ I have no doubt‚ but we as coaches have to find a way to help him reach his full potential.”

The uncapped SA U20 flyhalf Damian Willemse has also been included in the squad‚ adding further pressure on Jantjies for his position.

But Erasmus is set to use Willemse in a utility role initially and introduce him to Test rugby from fullback rather than at flyhalf.

“Frans Steyn and Pat Lambie played a lot of games at fullback before moving to flyhalf‚ which really helps players to play under slightly less pressure‚” Erasmus said.

“I’m not sure how quickly Damian will get it right or that he will definitely make the World Cup squad next year. We can blood him into the team against Argentina and then we will take it from there.”