Pieter-Steph back at flank for Stormers against Lions 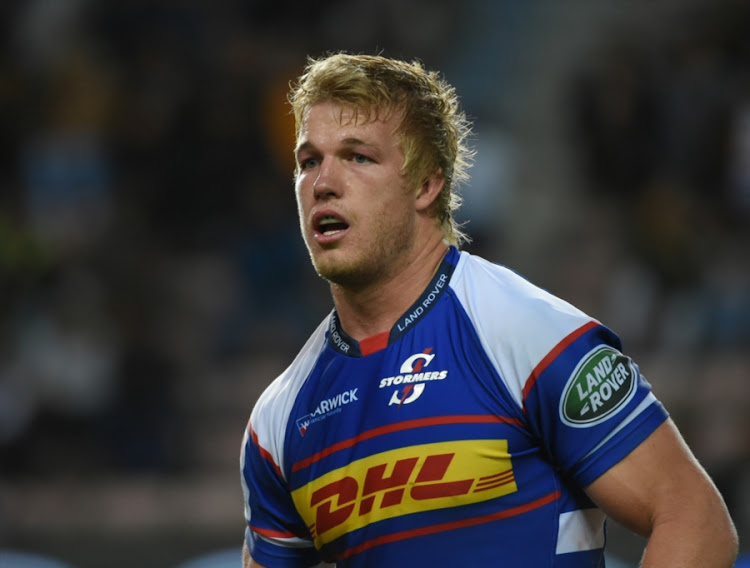 Stormers coach Robbie Fleck has been forced to shuffle his side due to injuries yet again for Saturday’s Super Rugby clash against the Lions at Ellis Park.

Bok lock Pieter-Steph du Toit will start at blindside flank for the second time this season after Cobus Wiese was ruled out with a hamstring strain‚ sustained during last week’s 33-23 loss to the Bulls in Pretoria.

Scrumhalf Jano Vermaak will make his first start of the 2018 campaign‚ coming in for Justin Philips who has cried off with a rib injury.

With Dewaldt Duvenage still on the injury roster due to a rib injury as well‚ Paul de Wet slots on to the bench as scrumhalf cover for Saturday’s match.

The Stormers are only seven points behind the Lions at the top of the SA Conference and securing a win in Johannesburg would certainly throw the log wide open.

The Lions have a four-match Australasian tour following this encounter and the Stormers realise it’s an opportunity to make inroads into that deficit at the top of the standings.

“The Lions are an energetic side‚ who throw the ball around‚ which makes it difficult to defend against‚” Stormers centre EW Viljoen said.

“But they also play cleverly and in the right areas of field‚ so we have to be at our best. Every time we encounter them‚ it’s a tough challenge.”

In 2017 the Lions beat the Stormers 29-22 at Ellis Park with a victory that was based on forward dominance.

Last week the Bulls used forward dominance to upset the Stormers’ momentum and it’s an aspect of the game that the Cape side know they have to improve this weekend.

“Last year they were good at set piece and that is where they won the match‚” Stormers forwards coach Russell Winter said.

“But there are a lot of players in our pack from last year and there is some added motivation for them this weekend. We understand the challenge we have and we have to front up in the pack to win the game.

“They are missing Jaco Kriel and Warren Whiteley‚ which does take away a bit of their leadership ability in the pack‚ but I don’t think they are weak.

“They have the same tight five that played in last year’s Super Rugby final as well as Cyle Brink‚ so it’s six players from last year’s final.

“They are still very effective in the set piece and even though they’re missing a few players there can be zero complacency from us‚ because they are a good team.”

Subjecting themselves to prolonged bouts of introspection doesn’t seem to form part of the Lions’ road to redemption.
Sport
4 years ago

The Bulls and the Stormers are feeling the effects of prolonged combat following the former’s 33-23 Super Rugby win at Loftus on Saturday.
Sport
4 years ago

They may be unbeaten in 19 Super Rugby derby matches‚ but the Lions will be at their most vulnerable when the host the Stormers on Saturday.
Sport
4 years ago

There was something distinctly April’s Fool-ish about this Easter Sunday clash‚ where the Crusaders beat the Lions 14-8‚ in that for long passages it ...
Sport
4 years ago
Next Article