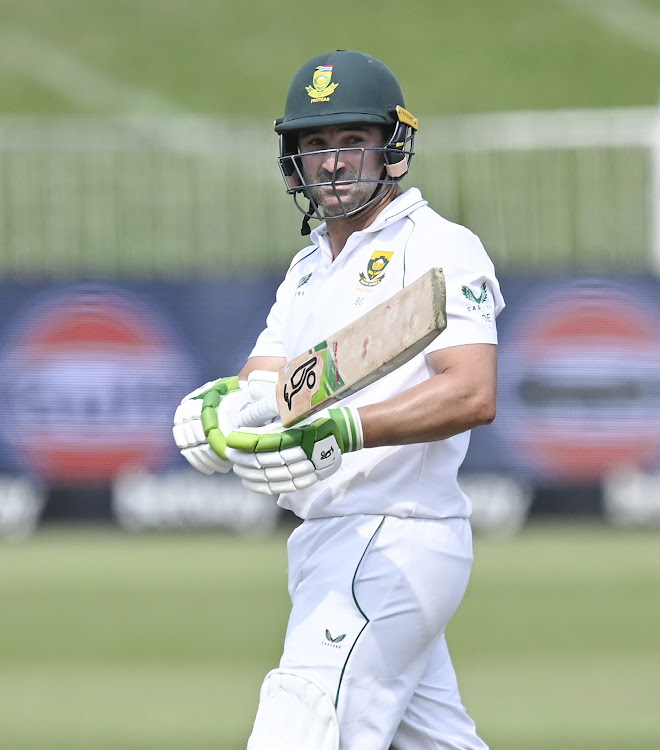 Proteas captain Dean Elgar registered his 22nd Test half century during the first session of the second Test against Bangladesh.
Image: Gerhard Duraan/BackpagePix

The Proteas got off to a fast start with Dean Elgar (28) and Sarel Erwee (24) hitting eight boundaries in their 52 run opening partnership before Khaled Ahmed made the breakthrough on the final ball of the 12th over.

Having survived a leg before wicket appeal in the second over, Erwee chasing a fuller length delivery outside off stump, and made his way to 24 (40) deliveries before edging the ball behind to wicketkeeper Litton Das, who took a smart catch diving to his left.

Keegan Petersen strolled to the crease to join Elgar and the two set about putting runs on the board as they picked off the Bangladeshi bowlers with relative ease.

Elgar, who scored his 22nd half century, kept his head down and continued to score easily to bring up his third half century of the series off 66 balls, which included six boundaries in the 22nd over.

Petersen struck two boundaries in the 26th over to bring up the 100 for the Proteas before bringing up the 50 run partnership off 81 deliveries.

When play broke for lunch, the Proteas sat comfortably on 107 for 1 after 28 overs.